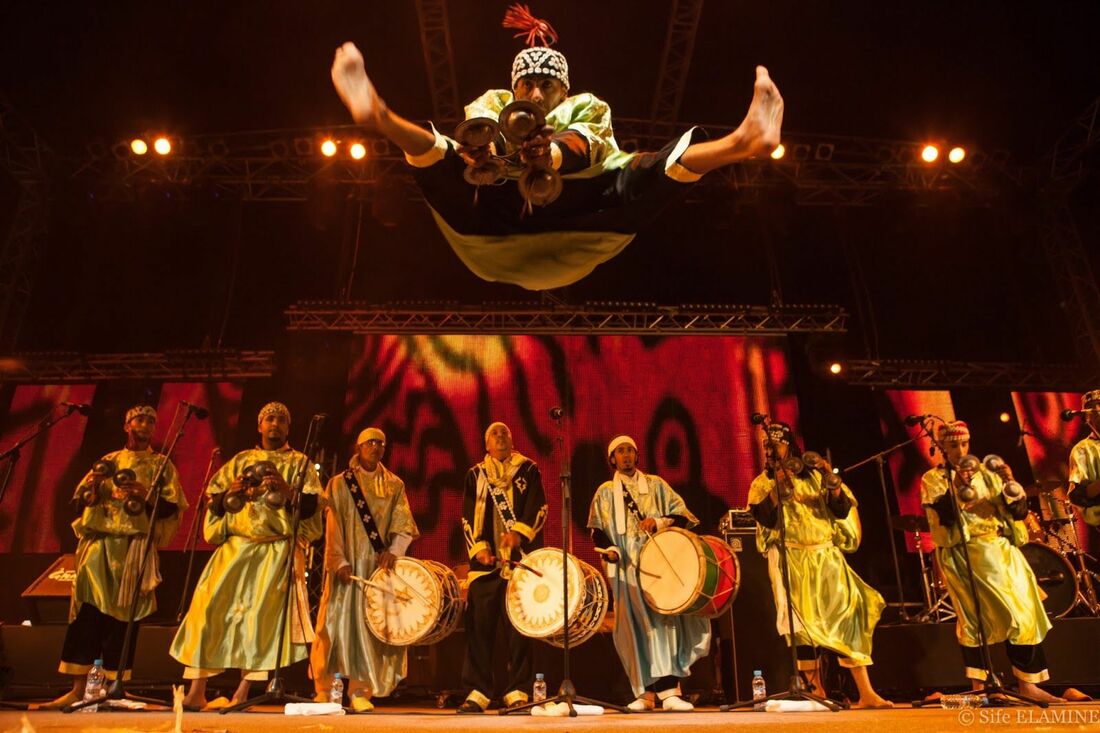 The Gnaoua (Gnawa) Music Festival is held every sixth month of the year (June) in Essaouira, a town located in the Moroccan seaside.

The Festival is free and it is all about promoting the Gnaoua heritage through music in the festival that attracts over 500,000 people in the four-day event which is crowned by the world’s best jazz artists. Gnaoua music is a blend of African, Berber and Arabic religious songs and rhythms which incorporate music and acrobatic dancing.

In North Africa specifically, Morocco, Gnaoua music is held in high regard both as a prayer and a celebration of life. Besides music, the Gnaoua Festival features artworks. Gnaoua Festival which also hosts international musicians has 10 concert sites where visitors attend based on the preference of music. 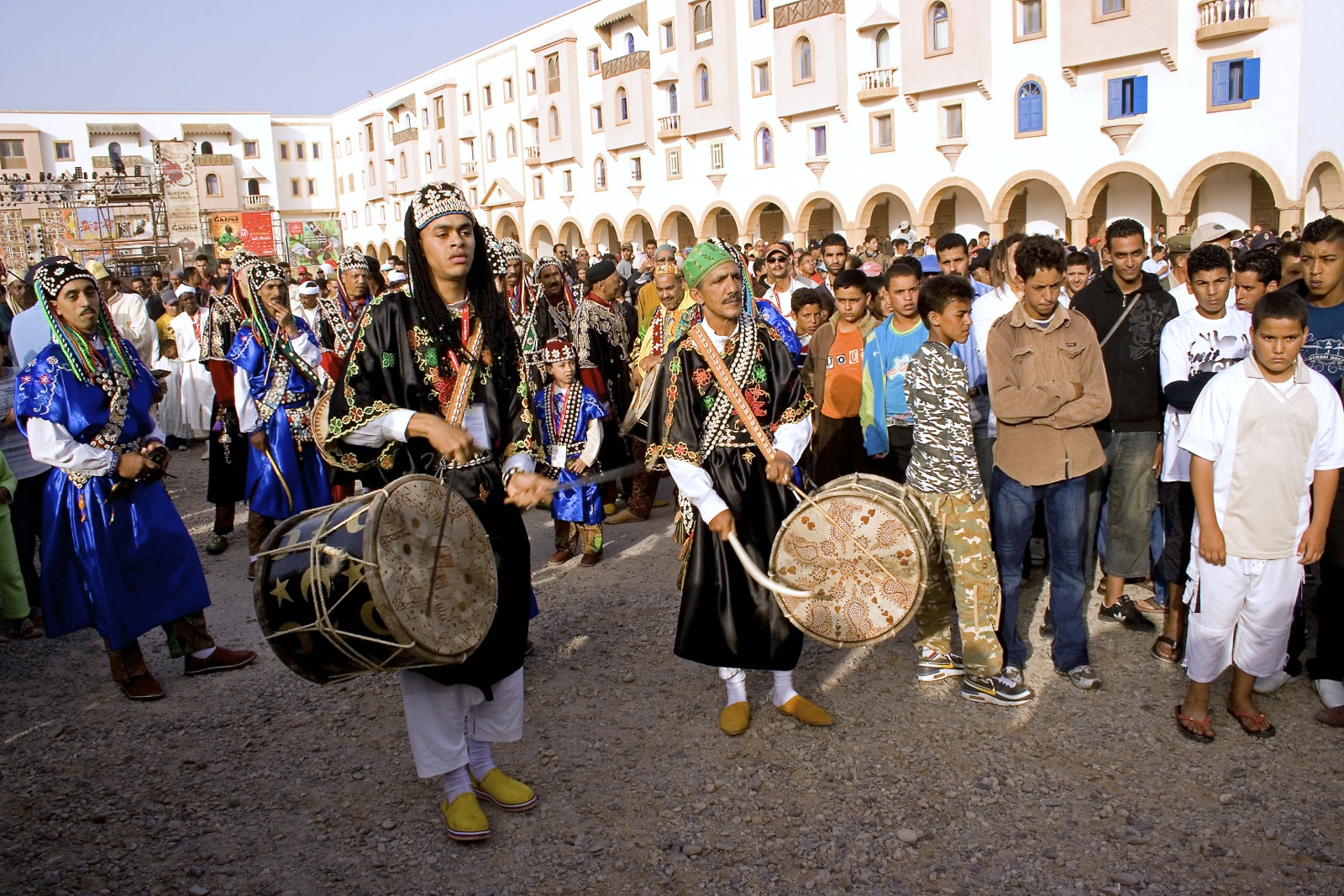 Some of the places to catch unique Gnaoua sounds include Place Moulay Hassan, Medina and outside its city walls such as Bab Doukkala, Bab Marrakech, Dar Souiri, Chez Kebin, Zaouia Gnaoua, Place Khayma and the Marche Aux Grain.

Throughout the four-day festival, the performances are split into several segments where Gnaoua musicians perform first between 6 pm and 9 pm. Thereafter, other international jazz artists playing the non-Gnaoua sounds perform.

Dancing at the Gnawa Festival in Morocco [Photo/Momentum Collective]

Recently, Gnaoua musicians were honoured with a new stage for their performances at Bab Doukkala where they treat their fans to pure, yet entertaining Gnaoua sounds. The Maâlem (Master) Gnaoua is the favourite of all time. They begin performances at around 11 pm. 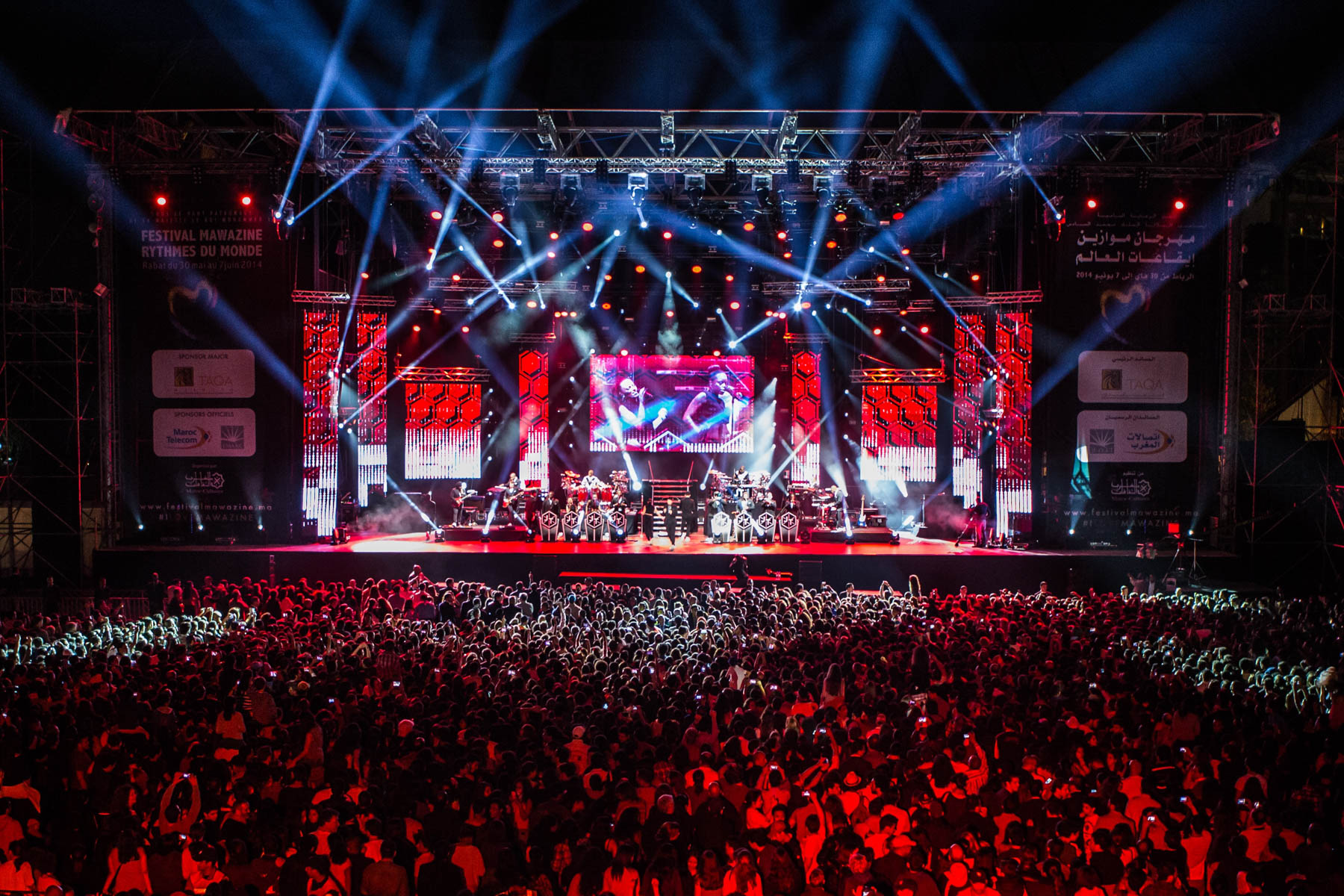 The stage set up for the Gwana festivals [Photo/Courtesy]

What’s unique about this band is that its performances are dotted by the use of stringed traditional instruments, some made from the roots of trees and internal animal body organs such as dried or twisted goat, or sheep colon.

In 2019, the Gnaoua World Music Festival will begin on June 20 and ends on June 23. Mark your calendar!