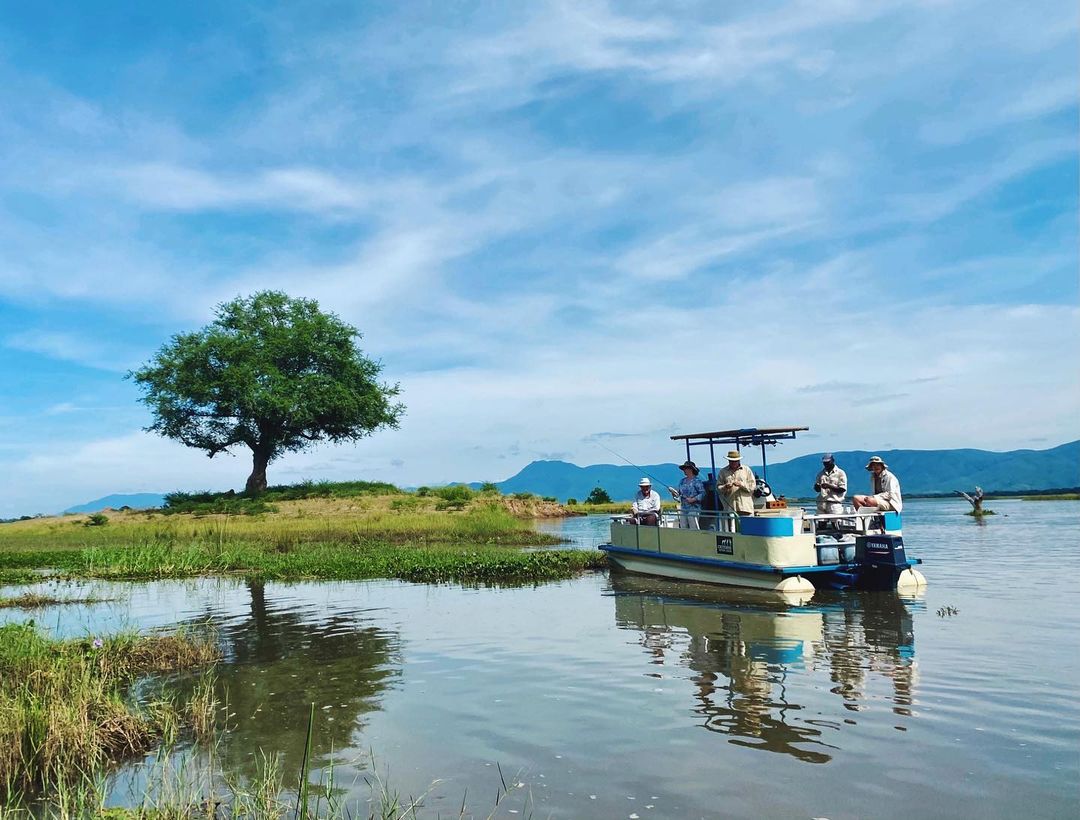 You probably have heard about Mana Pools in Zimbabwe but you have no idea of the intrigues at the Mana Pools National Park that have gained international recognition.

Well, the famous Mana Pools is an ultimate destination for the River Zambezi waters where it challenges the adrenaline and the hard-to-break spirits. ‘Mana’ is a Shona word meaning ‘four’.The formation of Mana Pools is a pure geographical story full of bliss as is seen with elephants trying out their gymnastics while wading in the four pools to cool their bodies and coat their skin with mud in a bid to keep off pests. 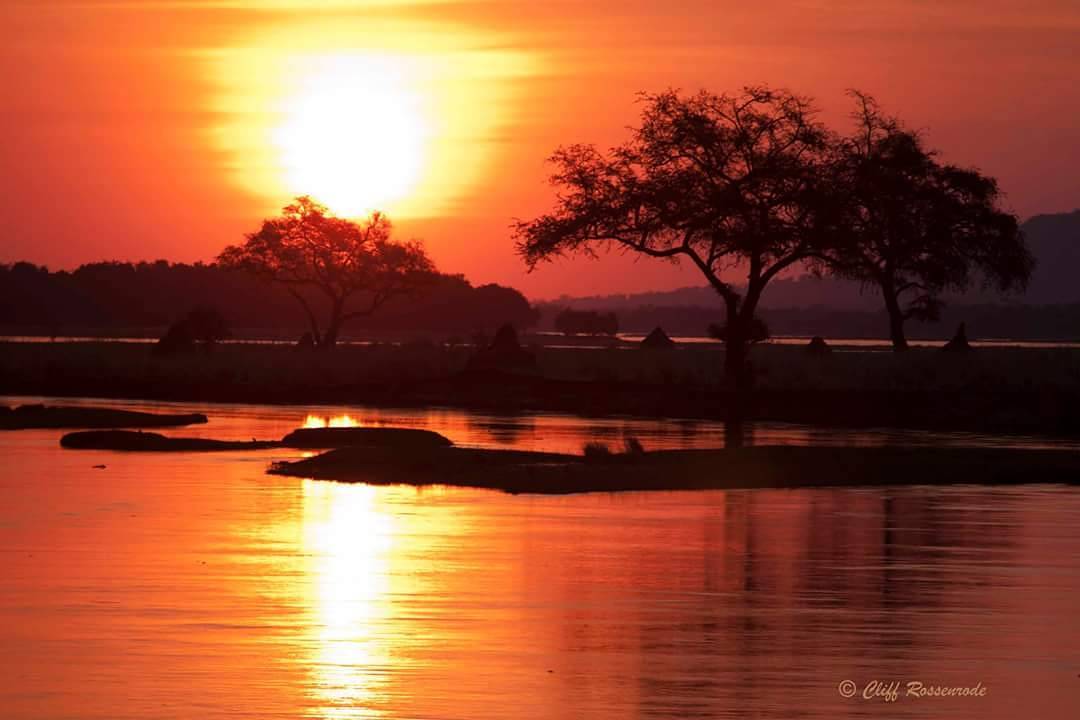 Geography has it that the Mana Pools were formed after the Zambezi river changed its course due to siltation and ended up forming the “Mana Pools” which are four ox-bow lakes at the Mana Pools National Park in Zimbabwe.
From a fast-flowing Zambezi River and deep into the gorge, the water rises and flows quietly towards the Lower Zambezi Valley nestled between Zimbabwe and Zambia leaving behind a trail of natural wonders such as sandbanks and islands. The Mana Pools National Park boasts of lush green vegetation and indigenous trees such as mahogany and ebony courtesy of the ox-bow lakes.

Wild animals are in plenty due to the availability of pasture in this part of the park. Birds are a phenomenon here and their chirping drives lions out of their dens into the wild for hunting or simply keeping watch of their territory.
Huge African elephants terrify at first sight but later entertain as they try out a different feeding pattern while performing some indescribable form of gymnastics with their hind legs. Menacing-looking buffalos co-exist peacefully with the elephants and will at times be seen having their great moments as herbivores, maybe they even speak their language. 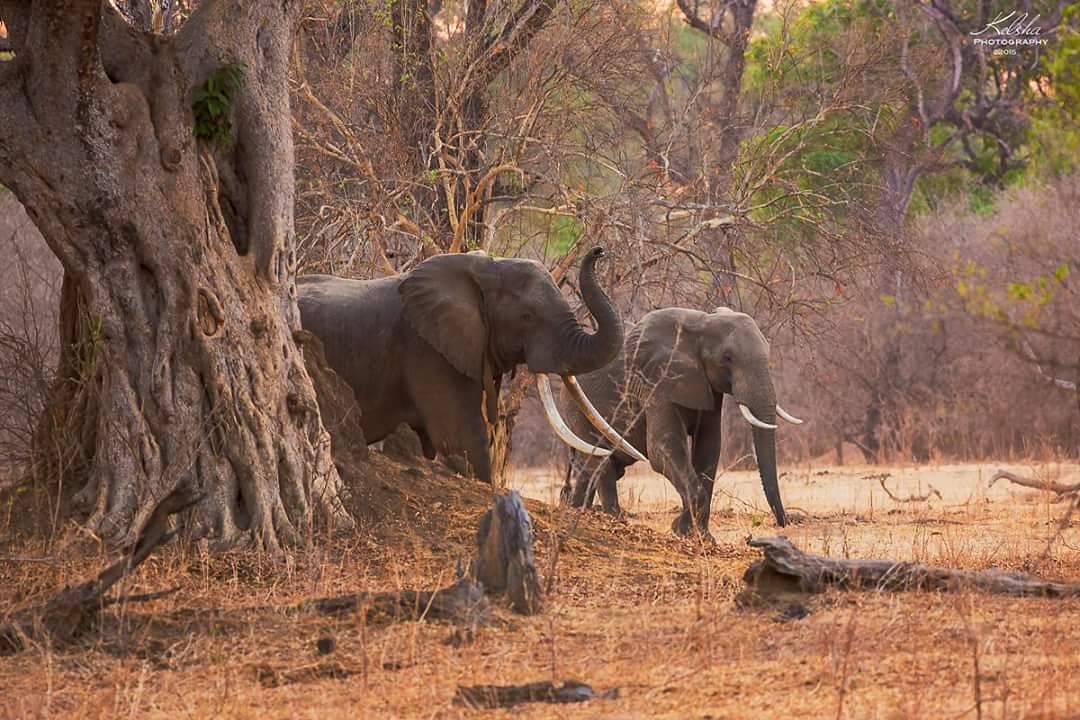 Lions, cheetahs and leopards are always on the prowl while huge crocodiles and hippos rule the kingdom of the Mana Pools which is what makes it a place to visit only for the strong-hearted and those who adrenaline is something to count on when danger kicks in.

Mana Pools vary in size with the largest of them being the Long Pool which stretches to 6km to the east and the west with a canopy all around it. The Long Pool gives memorable canopy safari walks with bird view sight of myriad wild animals which congregate in the pool to quench their thirst and even hunt.

Largely, the ox-bow lakes are used to cross over to the other side of the dry land of the Mana Pools National Park. This is where many have their first or last brush with death as canoes drift in crocodile-infested water while hippos are seen catching breath while staring dangerously at the canoes drifting on the waters.

During the dry season, visitors opt to tour the park on game vehicles as roads are passable but there is still an option to get to the other side via a canoe which is not easy. The water levels drop drastically during the dry season and crocodile can be seen basking or taking refuge in shallow waters.

During the rainy season, visitors can only use canoes to explore different parts of the Mana Pools National park as roads are rendered impassable by rains. Guest also have an option to walk on foot and explore this remote park in Zimbabwe.

May and September are the best months to visit the park as the weather is friendly while game-viewing is at its peak between September and late October. The weather is incredibly hot with heat temperatures hitting 38-degree celsius.
Canoe rides are available all year-round and they are exciting just as they are dangerous. They are the face of danger that lurks in Zimbabwe’s Mana Pools.