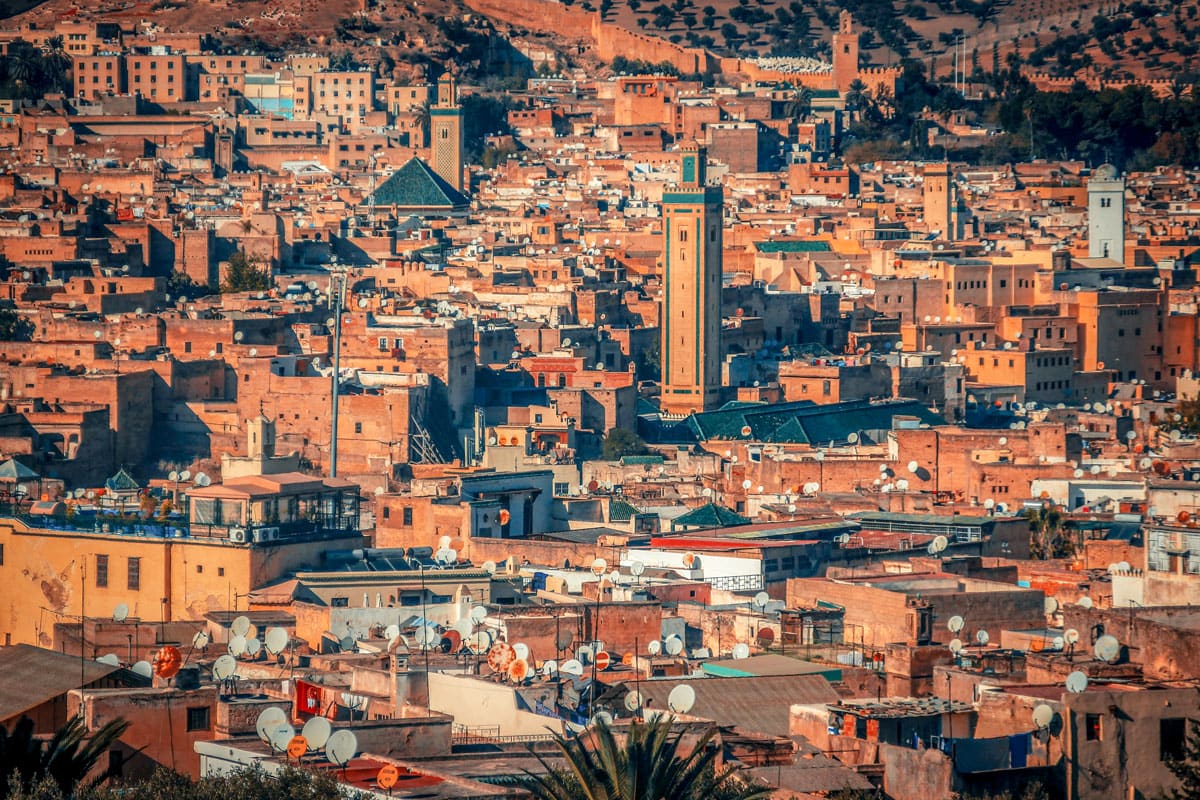 Over the years Fez city in Morocco has not had a fair share in the glory of tourism. Much of it goes to Marrakech, one of Morocco’s bubbly imperial city that is the to-go-to place for any visitor in the North African country.

However, Fez, another imperial city in Morocco, has put its best foot forward and it is now Marrakech’s rival. Four things stand out for any traveller in Fez.

Fez houses Morocco’s largest leather tanneries that are a centre of attraction for many people. The huge monumental gates at Bab Boujaloud and old madrasas are beautiful sights while the peak of Mt Zalagh is picturesque.

Other sites to visit in Fez include Merenid tombs, the Jewish quarter, Palais Glaoui. Museums, hammams and art galleries.

The medina is an important part of Morocco’s cultural history and over the years, the government has been overseeing the restoration of old but iconic buildings within the city.

Ancient hotels have also been restored as well as Qarawiyyin Library and Mosque. Qarawiyyin is the world’s oldest university and library.

Remember that Morocco is among the North Africa countries with the best foods which include: Couscous, Chicken Bastilla, Tagine, Prunes served with beef, Kefta meatball and Mechoui

It is now possible to head directly to Fez via a flight through Marrakech unlike before when one would pick a bus or train from Casablanca or Marrakech to Fez.

4 places in Mozambique to get yourself amazing carvings