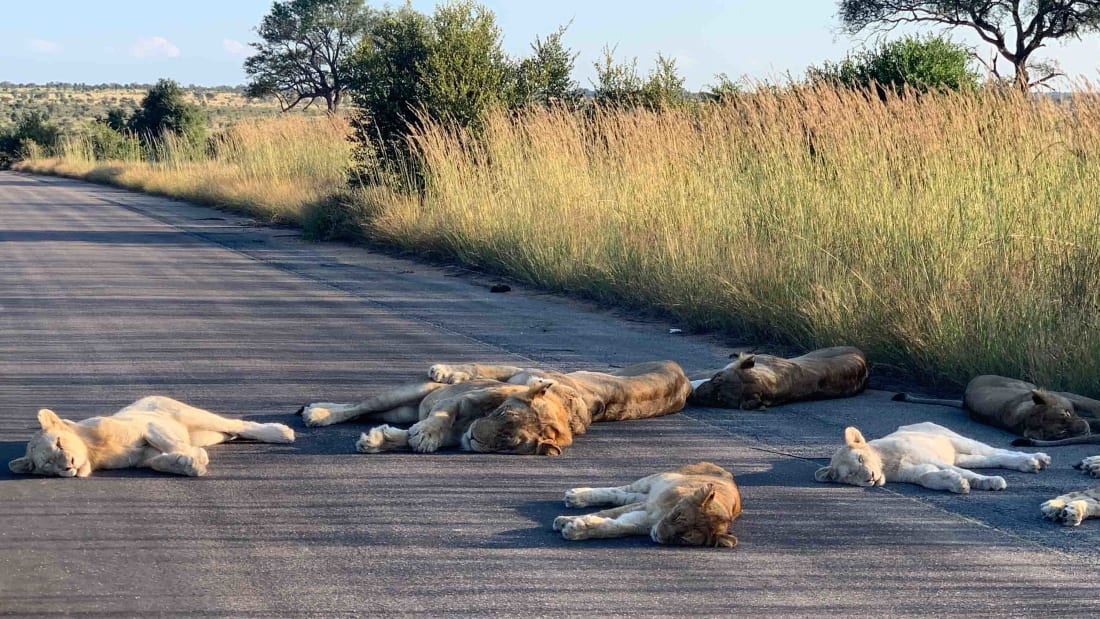 The disruption of daily activities due to COVID-19 outbreak is too loud that wild animals in the parks can notice the silence and just do things out of the ordinary.

In South Africa’s Kruger National Park, lions are probably bored or are having a time of their lives with no sounds of a trail of 4 by 4 trucks meandering through parks like was the norm a month ago before the pandemic went full-blown.

Just recently, a pride of lions was captured enjoying the warmth of the main road in the park, lying comfortably and peacefully. Not even the presence of a park ranger seemed to throw them out of this newly-found comfort.

A pride of lions having an easy time at Kruger National Park. [Photo courtesy]

It was a surprise to catch them here as they are habitually on Kempiana Contractual Park, a region that tourist never get to see.

“This lion pride are usually resident on Kempiana Contractual Park, an area Kruger tourists do not see. This afternoon they were lying on the tar road just outside of Orpen Rest Camp,” Kruger National Park said in a tweet with several photos of the lions enjoying themselves. 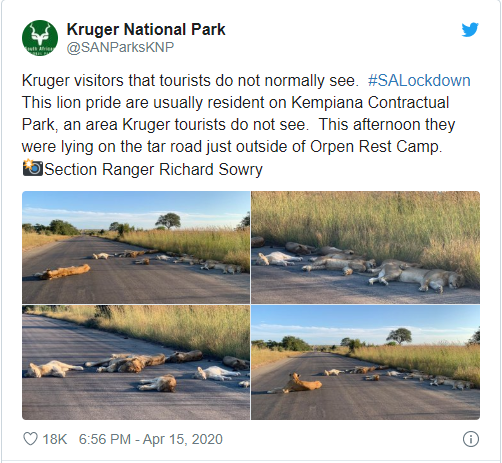 Isaac Phaahla, Kruger’s spokesperson told CNN that on a normal day, the lions would be tucked deep in the bush due to the busy nature of the park with vehicles all through.

“Lying on the road during the daytime is unusual because under normal circumstances there would be traffic and that pushes them into the bush,” Phaala said adding that “They just occupy places that they would normally shun when there are tourists.”

“People should remember that KNP is still a largely wild area and in the absence of humans, wildlife is more active,” he noted.

With this kind of behaviour in the park, it is just a reminder that if you had planned a trip to any Africa for tourism purposes, the best thing to do is to postpone it, not cancelling it.

The Wonder Of Augrabies Falls National Park In South Africa