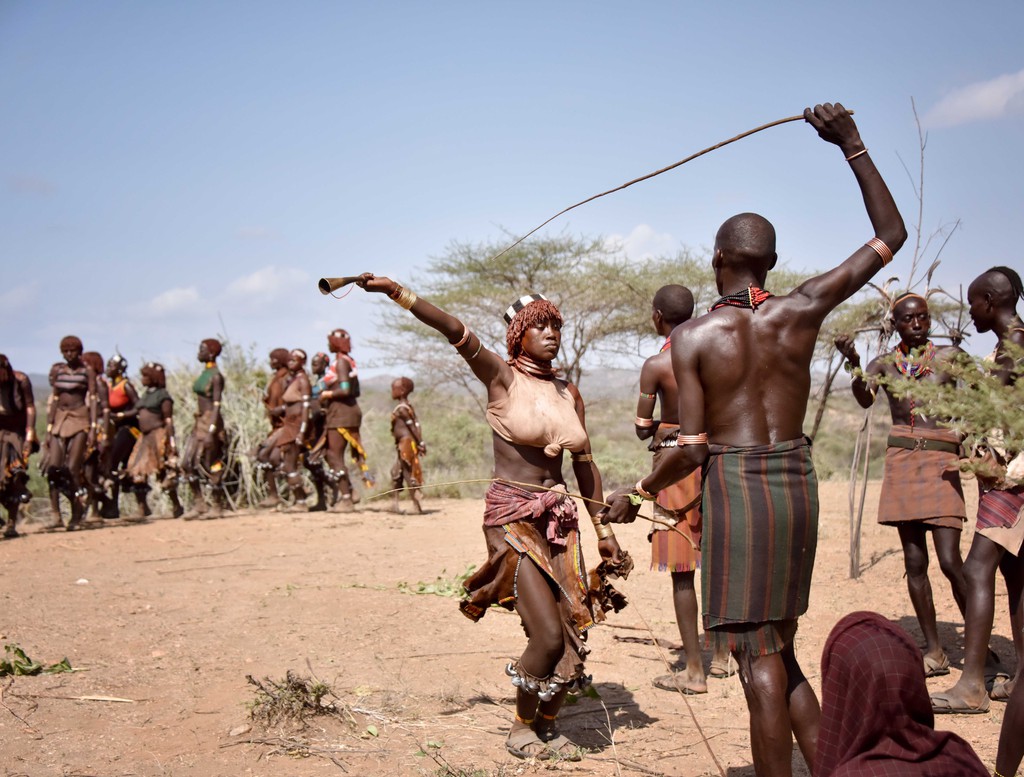 Weird cultural practices in Africa are a common phenomenon. Some are well-known and others are unknown – but they all shock you.

Let’s look at some aspects that make Africa unique. Check out some of the 7 weird cultural practices in Africa below:

Wait! This isn’t the infidelity you’re thinking of, but a very important annual festival among Niger’s Wodaabe tribe. Men steal each other’s wives. In the Wodaabe tribe, the parents arrange the first marriage when the children are still young, and it must be between cousins from the same family.

The annual Gerewol Festival follows, during which the men dress to impress, dance, and maybe steal a new wife. If a man can steal a woman without being caught, he becomes socially acknowledged.

Festival of the Dead – Malawi 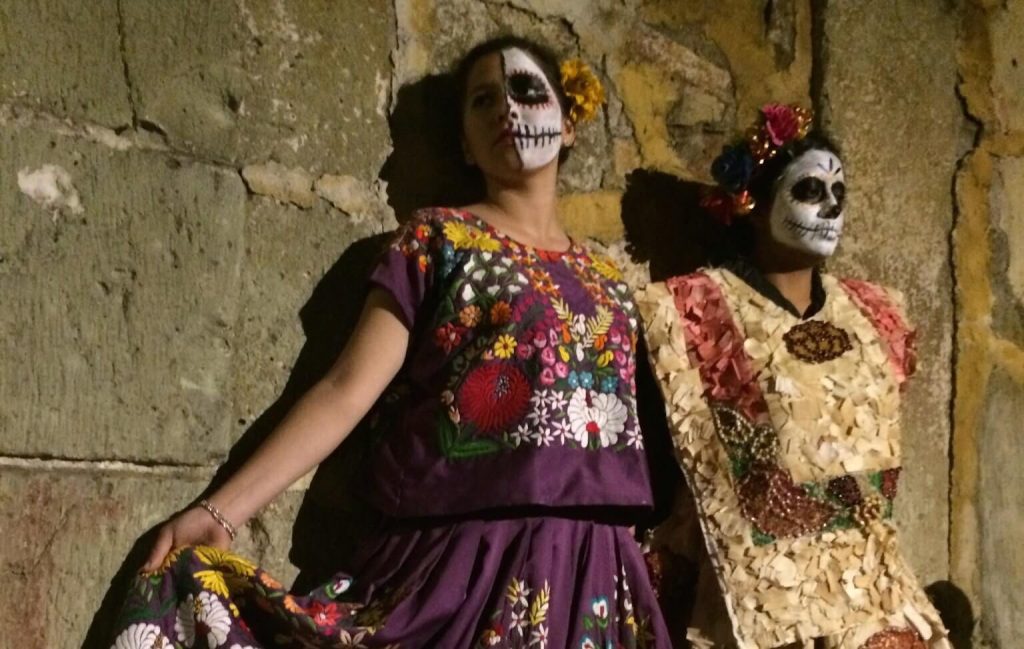 Festival of the dead. Photo/VickyflipflopTravels

Malawi’s festival of the dead ranks high among weird cultural practices in Africa. When a tribe member dies in Malawi’s Chewa tribe, it is customary to wash the deceased’s body during the burial ceremony.

After that, they move the body to a sacred location for a purification ceremony. Slitting the throat and pouring water through the corpse is part of the cleansing process. They passed the water through several times until it is clean. After that, it is collected and used to prepare a meal for the entire community.

The Courtship Dance of the Wodaabe

Another annual ritual and competition held by the Wodaabe tribe of Niger is the Guérewol, in which young men dress up in ornate adornment, traditional face paint, and form lines to dance and sing.

What is the goal? To attract the attention of the judges, a young woman, is ready to marry. The male beauty ideal in this tribe is all about bright eyes and teeth, therefore men will frequently roll their eyes and display their teeth to flaunt their sex appeal.

The Lip Plates of the Mursi 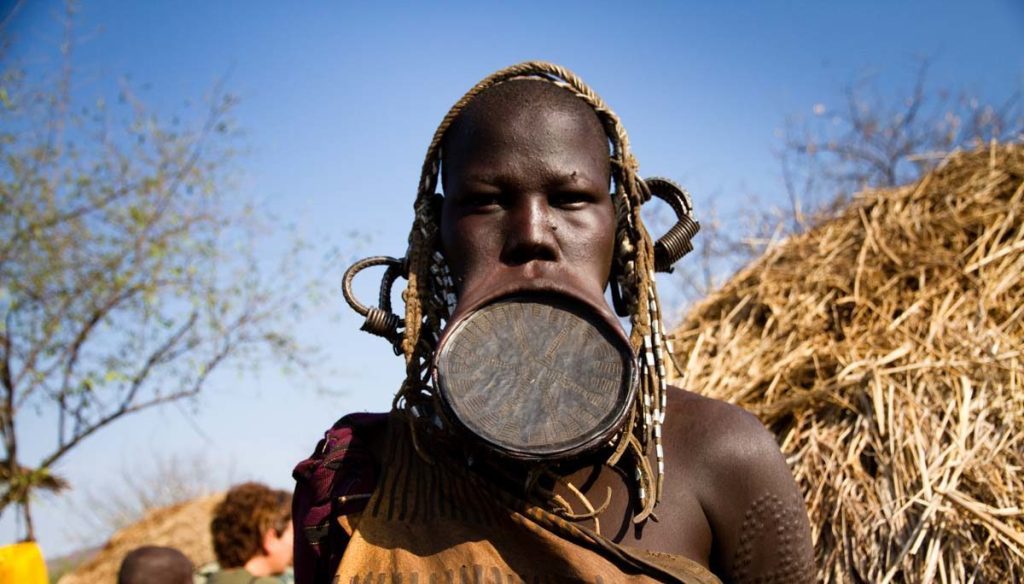 Women in Ethiopia’s Mursi tribe make up weird cultural practices in Africa. They still wear huge pottery or wooden plates on their lower lips, making them one of the last tribes in Africa to do so.

Except for the Mursi tribe, the practice appears to have faded because of civilisation. Her mother or an elderly woman chops A Mursi girl’s lower lip when she reaches the age of 15. Huge pottery or wooden plates then hold the cut in place for three months until it heals.

They do not force the girls to have their lips pierced since Mursi members are egalitarian. It’s by choice. What do you think about that?

The Bull-jumping of the Hamar 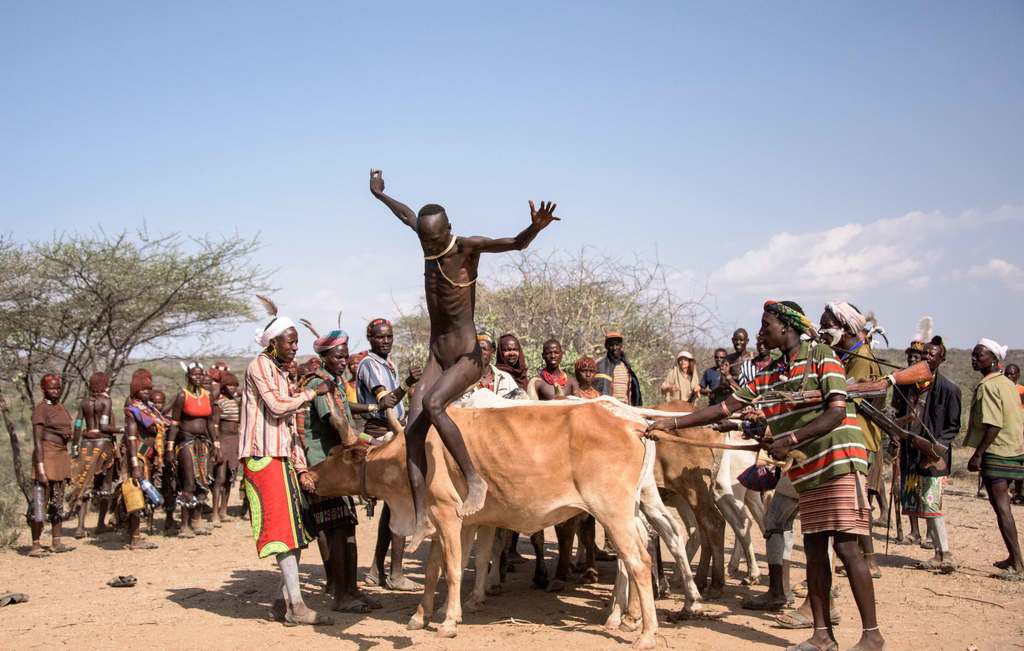 Hamar in Ethiopia is a pastoralist community renowned for its treasure of cattle. Hamar is also popular for its athletic initiation ritual. For a boy to marry, he undergoes a three-day initiation ceremony, the rite of passage for his dignity and his family.

To make them slippery, fifteen castrated they cover bulls with cow dung. A young boy has to strip naked, run, jump and land on the back of the bulls arranged in a straight and closely-knit herd pulled by the tail and horns by older men.

If he fails, he must wait a year before trying again. If he succeeds, he will marry the girl of his parent’s choice. He is now ready to rear his cattle and take care of his children.

Do you believe you’ve matured enough to see that lady? To earn it, how about jumping some of these bulls naked?

The Spitting of the Maasai

While the Englishman says hello, the Maasai greet each other by spitting.

Spitting is a type of blessing and a sign of respect among the Maasai people of Kenya and Tanzania.

Have you ever imagined being greeted by someone spitting on you? That is how the Maasai love it. Tribesmen greet each other by spitting on themselves. When a Maasai young man greets an elder, he spits in his hand before extending it for a handshake.

As if that weren’t horrible enough, it’s also a common practice to spit on a newborn and refer to him as “bad.” They think that doing so will protect the infant from evil spirits.

In addition, after the wedding ceremony, the father spits on the daughter’s forehead to bless her union.

The Healing Dance of the San

The trance dance, also known as the healing dance, is undoubtedly the most mystical of all the tribal traditions. The San people of South Africa, Namibia, Botswana, and Angola regard the dance as sacred. It is one of their most important tribal rituals. For several hours, the entire community gathers around a fire, led by healers and elders. The healers chant and hyperventilate around the fire until they achieve a profound trance-like state.

They gain access to the spirit world when in this state can walk over the fire. The San healers aren’t just attempting to cure physical illnesses in their community; they’re also attempting to expel a force they refer to as “star sickness.” a force that causes envy, anger, and quarrels.