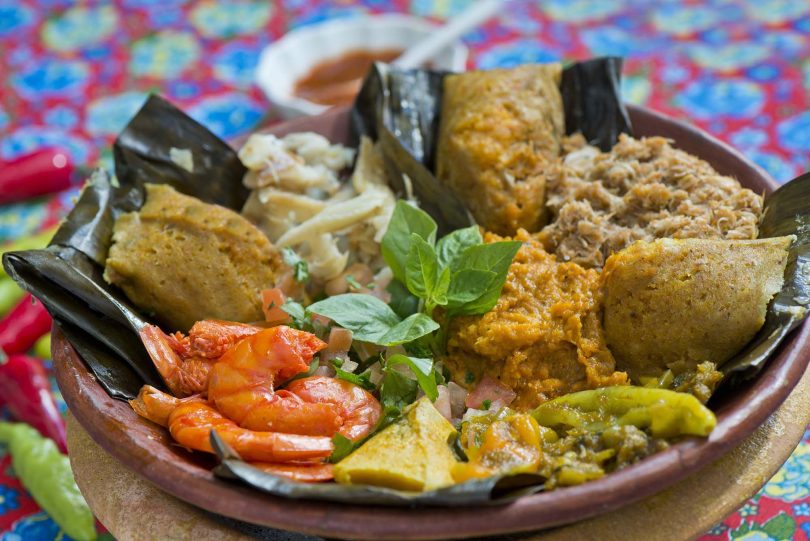 African culture influences can be seen in most Latin American dishes. Dishes are typically based on Africa-grown food such as maize, yam, pigeon peas, guinea fowl, sweet pepper, coconut milk, yucca, banana, beans, and rice are just a few.

Many Latin American dishes have ingredients and techniques of African origin that were reinvented and adapted over the years in Latin America.

According to history, slaves would mix and season the food landlords left for them. They later adopted these imaginative plates into the dishes of their respective nation. For example, the Peruvian tacu-tacu, arepas, pupusas, tacos, tamales, and tortillas.

Combined with food from the new homes, these meals were part of the community identity in places where slaves settled. 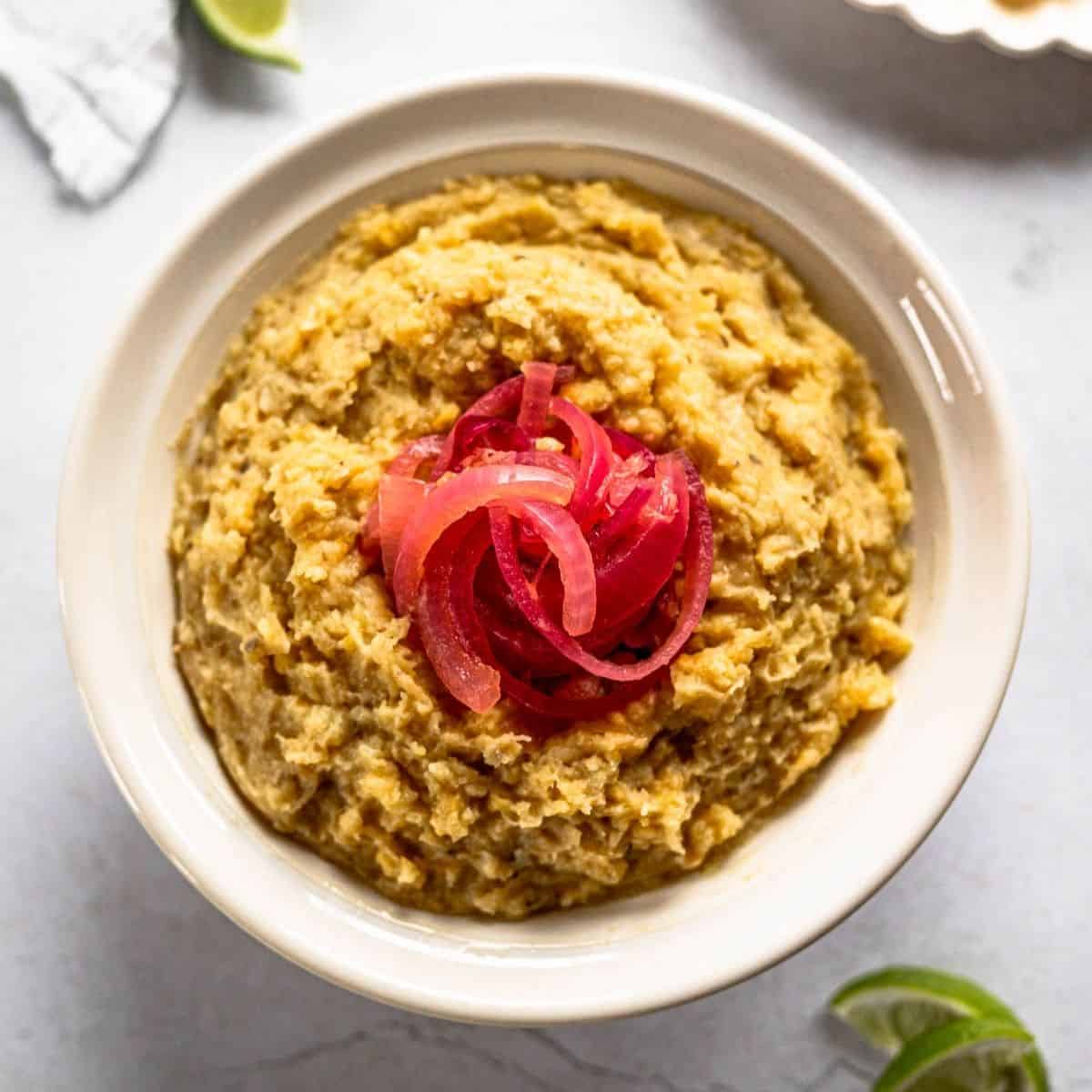 Also known as mangusi, Mangu originates from the Congo region. Mangu is made from mashed plantains and was inspired by West African fufu—a dough made from yucca or cassava. 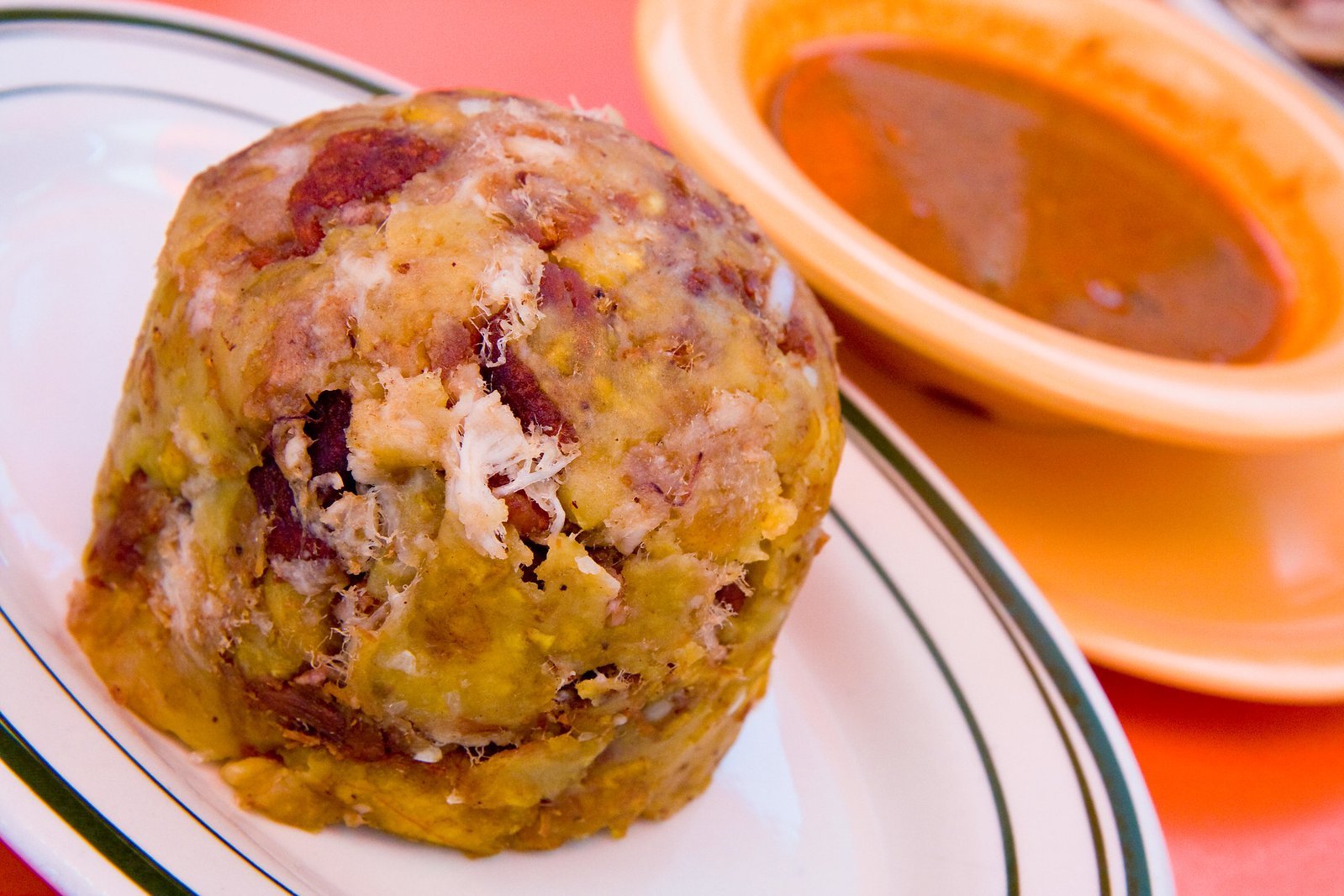 Mofongo is made ‌of mashed plantains, mashed green plantains with garlic and vegetables. chicharron (fried pork skin), chicken chunks, or shrimp are folded in before shaping the food into a mound. mofongo originates from the Angolan slaves.

This is the Angolan technique of kneading large amounts of starchy foods, then adding liquid and fat to soften the mixture. Mofongo also has roots in West African fufu, a boiled yam puree. Today, there are many versions of the iconic mofongo in Latin America. Mongo is one of the popular Latin American dishes. Latinos make mogo from cassava, Mandioca, Balinghoy, Mogo, Kamoteng Kahoy, a woody shrub of the Euphorbiaceae family well known in Latin America. This dish is like making chips, but cassava replaces potatoes. It can accompany any dish with meat and vegetables. Mogo comes from slaves who needed the starch food for energy. 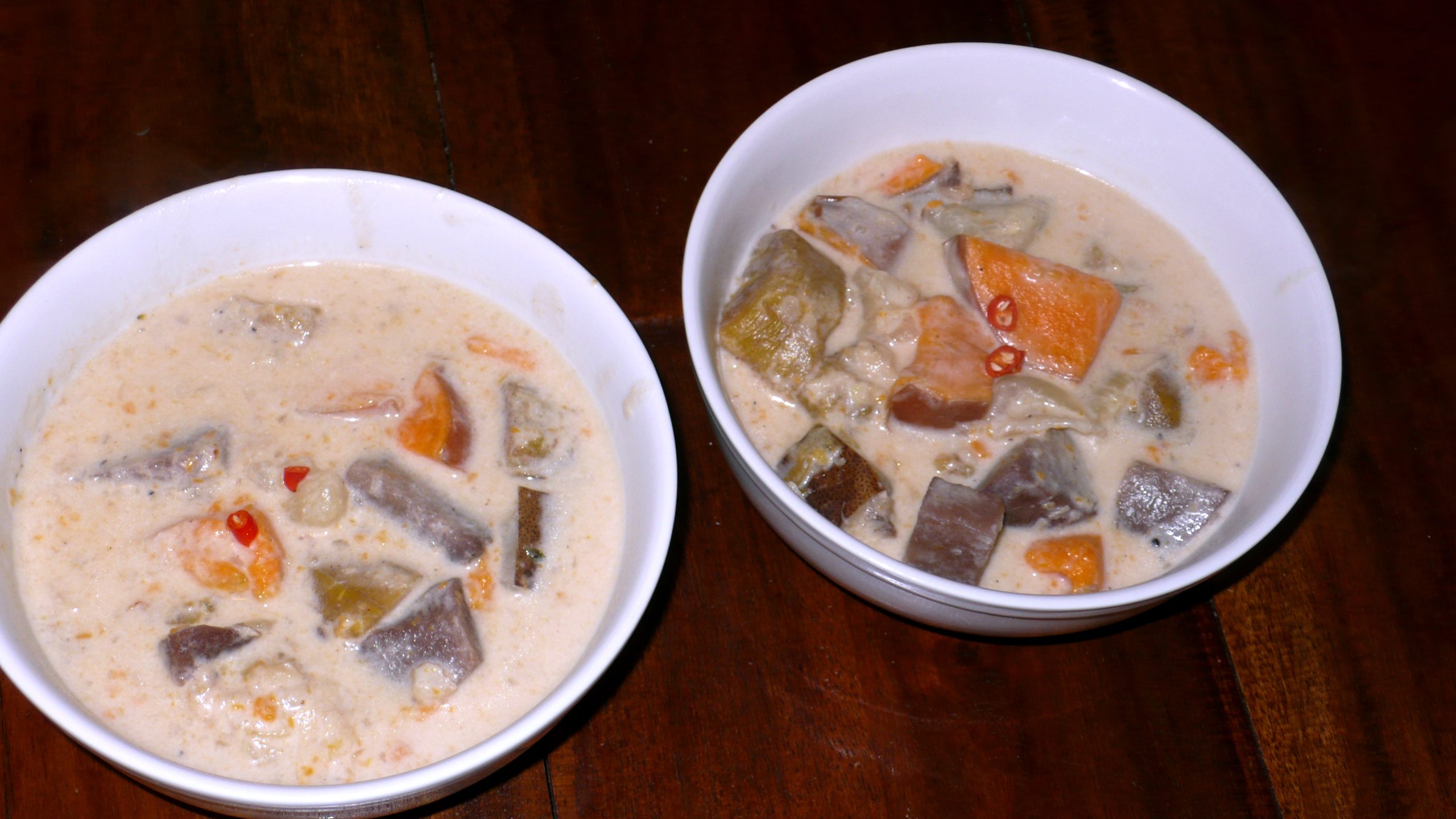 Rondon is an Afro-Caribbean dish eaten in Latin American countries. Traditionally, it is a seafood soup that starts with a coconut milk base. It’s flavored with plantains, vegetables, sweet peppers, tubers, and spices. Vatapa is an Afro-Brazilian dish made from bread, shrimp, coconut milk, finely ground peanuts, and palm oil, kneaded into a creamy paste. It is a common food in the North and Northeast regions of Brazil and is usually accompanied by white rice. the vatapá was introduced in Brazil through by the Yoruba people under the name of ehba-tapa. 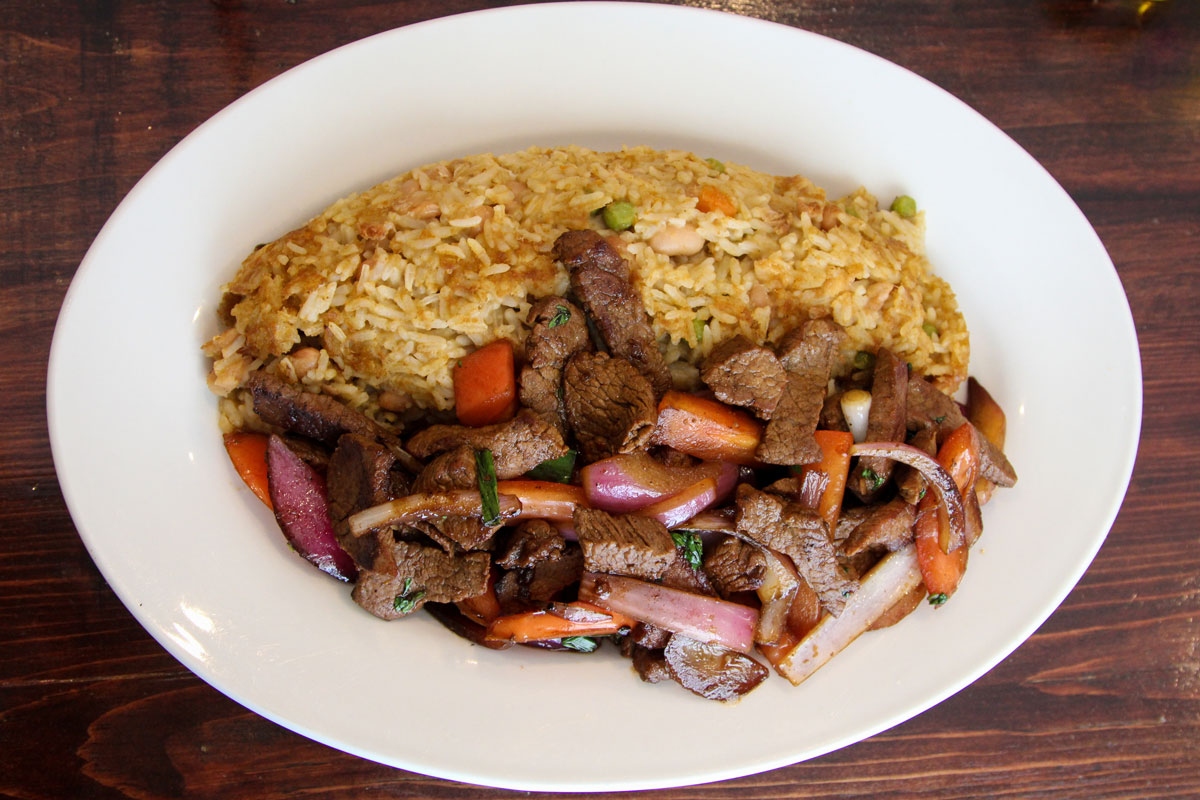 Tacu tacu is known across Latin America. Its ingredients, rice and beans are a staple food rooted in slavery. The black slaves loved to cook bean stews. In Peru, slaves fried leftover rice and beans with lard to make tacu tacu. 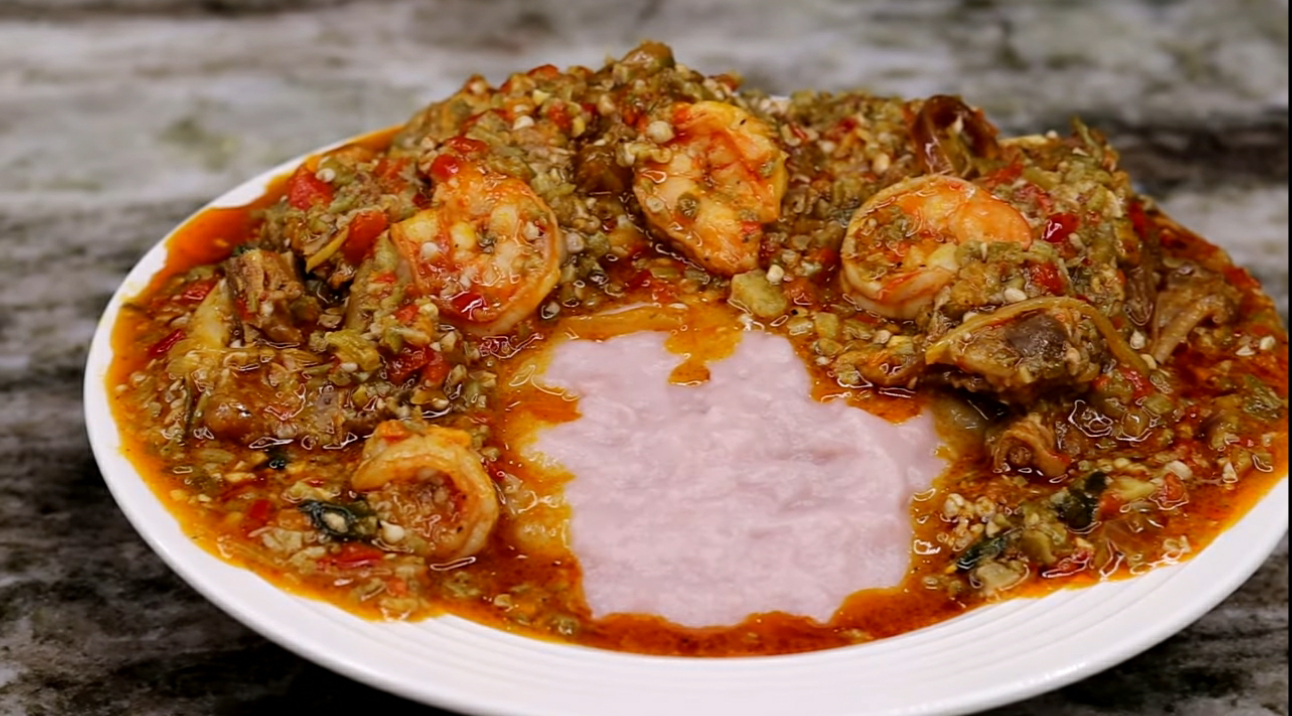 Okra soup is another Latin American dish from the Garifuna region in Trujillo, Honduras. It is a root soup, where the main ingredient is the African vegetable okra.

Spicy Tacnena was born on cotton and sugar cane farms in the Sama Valley, in Peru, where African slaves lived. During slavery, slave masters gave them the inferior parts of the animals they owned. From these, the slaves and later the Garífuna community made recipes such as chicken foot soup, pig’s foot, pig’s head, pig’s tongue, fried giblets, chicharrones, and Chihara.

They combined them with some products such as pepper, potatoes, charqui, and cochayuyo. 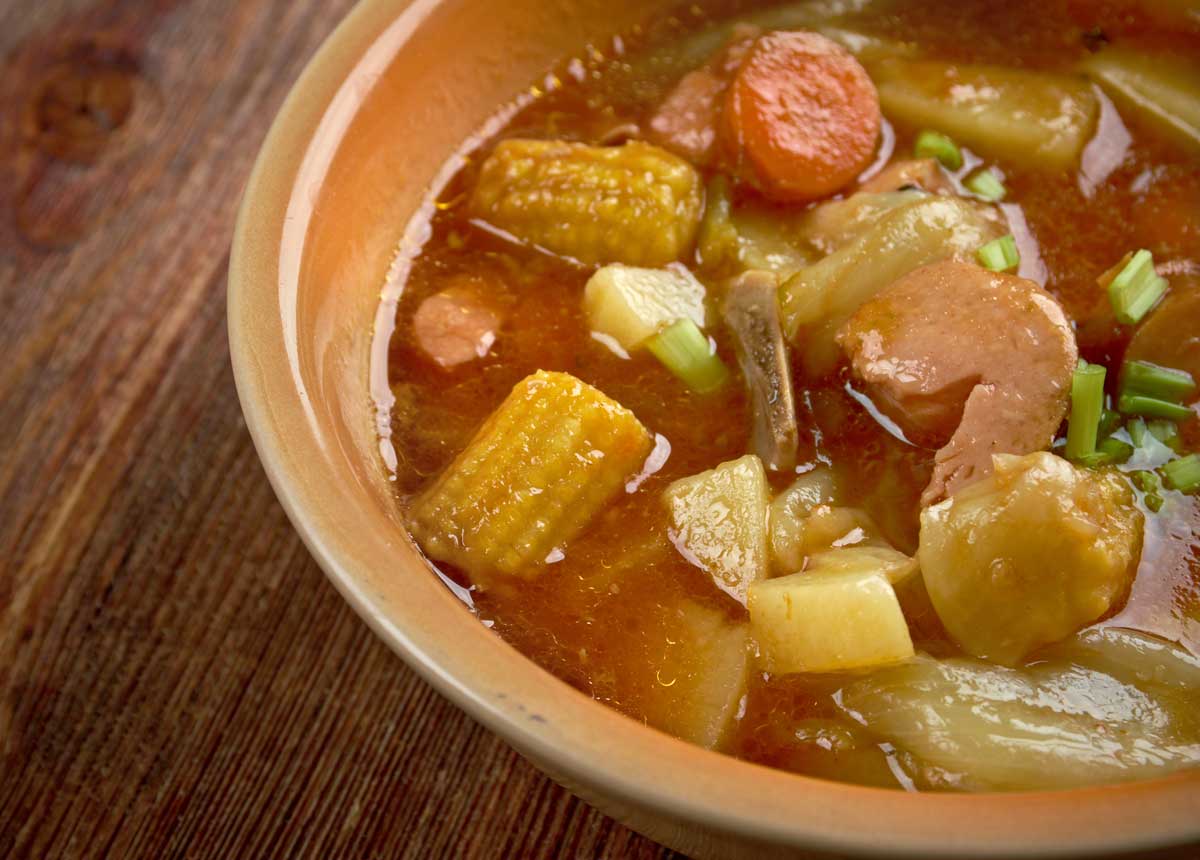 Mondongo is a common Latin American dish made by cooking a soup whose main ingredient is ox tripe. Mondongo soup is seasoned with pepper, onion, garlic, tomato, and aromatic herbs.

Mondongo is in the African Kikongo language, meaning “intestines, entrails of a certain animal. Tamales is also one of the Latin American dishes that use African cooking techniques. Corn flour is mixed with lard, meat, and stew, then sealed in the shape of a square for cooking. Latin Americans use banana leaves like africans to seal dishes that require concentration of flavor, moisture, and consistency, being cooked slowly.