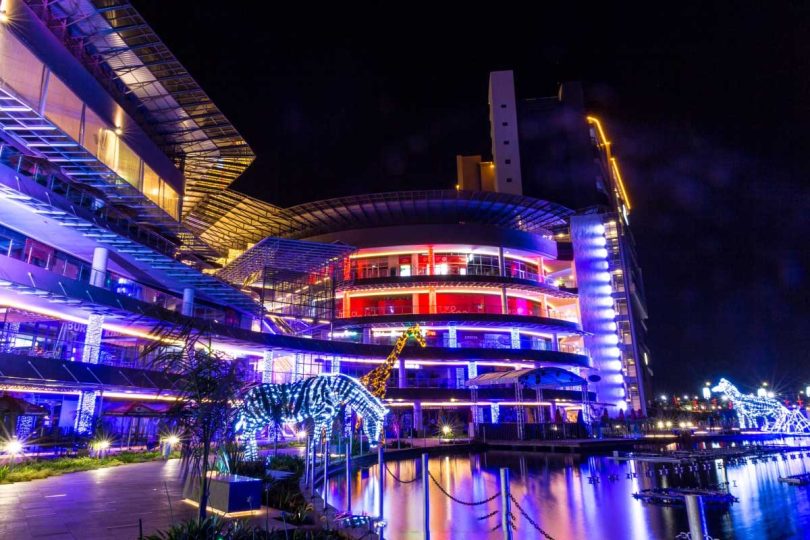 During the last decade, modern shopping malls have sprung up all over Africa. It’s an indication of the increasing middle class on the continent and its greater buying power.

Malls are becoming a growing phenomenon in urban areas, with South African giant retailers such as Shoprite and Game, as well as French retailer Carrefour, being the go-to giant retailers.

Markets and shopping centres of the highest calibre are being constructed throughout Africa.

If you want to indulge in some retail therapy while travelling around the continent, the markets and shopping centres listed below are the best places to go. 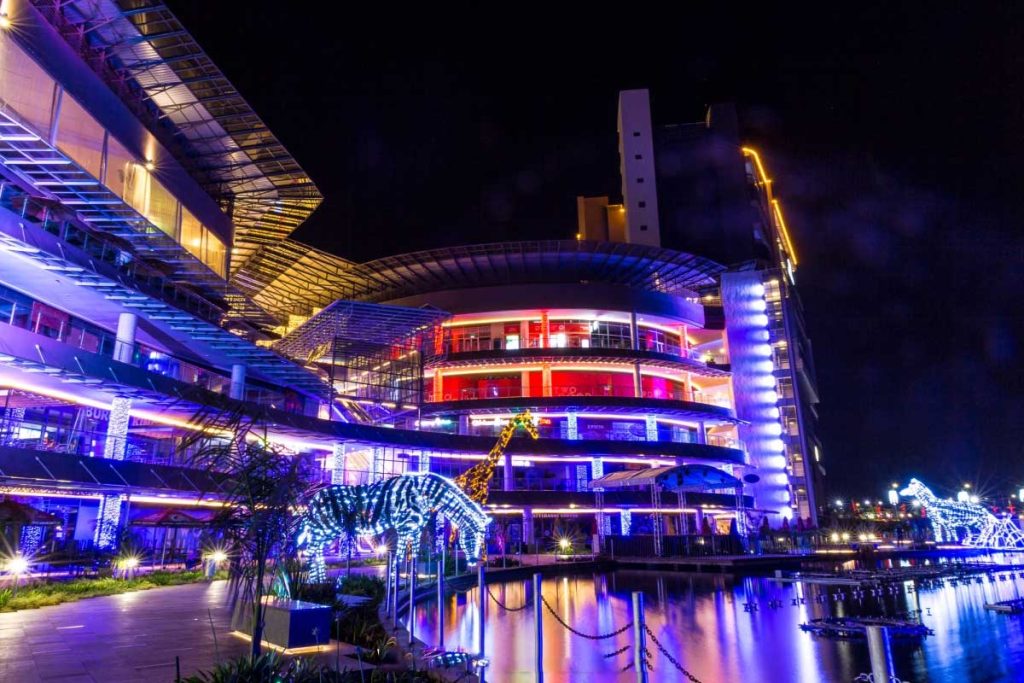 Two Rivers Mall is the largest mall in East Africa and is the major shopping center in the region. It is located on Limuru Road in close proximity to the affluent suburbs of Runda, Gigiri, Nyari, and Muthaiga.

In addition to the French retailing behemoth Carrefour, there are luxury fashion brands – Zara and LC Waikiki  – at Garden City. Luxury jewellery brand Swarovski, as well as big apparel and shoe stores like Nike, Adidas, and Mr. Price sits here.

Popular indoor entertainment provider, Magic Planet, Nove Coffee Roasters and The Designer Studio are among the Kenyan businesses that have set up shop in the mall.

Two Rivers which cost $10 million to build and was partially owned by the investment company Centum, first opened its doors in February 2017.

The Gateway Theatre of Shopping 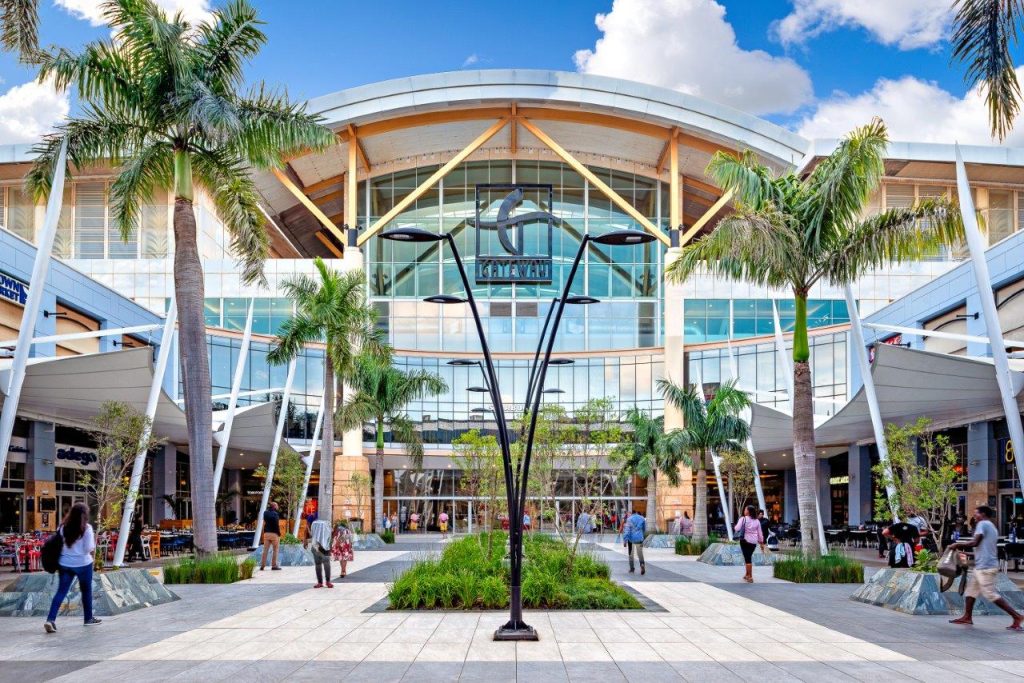 This shopping complex mall is located in the heart of the Gateway District in Umhlanga Rocks, KwaZulu-Natal Province of South Africa.

The Gateway Theatre of Shopping is the largest mall in the Southern Hemisphere and the continent. It has over 390 stores and 70 eateries measuring over 220,000 square metres.

The Gateway Theatre of Shopping, which opened in 2001, features a diverse selection of South African and worldwide fashion labels. They include Mr. Price, Zara, and Forever New.

In addition to a Ster Kinekor 18-cinema complex and an IMAX theatre in the mall, there Tony Hawk Skate Park has a shop here. It has a near-vertical ramp and two concrete bowls, and a wave house where local surfers, body-boarders, and wake-boarders can have fun in the water while honing their surfing skills.

The complex also includes a hotel – The Gateway Hotel – which makes it convenient for visitors to make full use of all of the amenities the mall offers.

West Hills Mall is a shopping complex located in Ghana.

The mall which is about 30 minutes outside the city’s central business district, is one of the continent’s largest shopping centers.

Sitting on 23 acres (more than 93,000 square metres) of land, West Hills Mall is home to a diverse mix of local Ghanaian and South African retailers.

There are international brands, with prominent retailers including Shoprite, Edgars, and Palace. Additionally, the mall features a vast entertainment and leisure gallery that is capable of hosting outdoor concerts and theatre performances.

It took three years and $93 million to complete the West Hills Mall, which was built by Delico Property Investments, Social Security, and National Insurance Trust. The mall opened in 2014.

The Mall of Arabia

The Mall of Arabia. Photo/Booking.com

This one sits squarely in Egypt. The Mall of Arabia is one of the largest shopping malls in the country.

Located in Cairo, Egypt, it features approximately 900 retailers, including well-known names such as Zara, Mango, and LC Waikiki.

It also has a range of restaurants and coffee cafes, as well as Spinny’s hypermarket, among other things. At the heart of the complex is Egypt’s first dancing fountain, which performs live music every evening until 11 p.m.

The Mall of Arabia is so large that it will take you a couple of days to explore everything there is to see. Fridays and Saturdays are the most popular days to visit the mall, according to shoppers.

This shopping complex is dedicated to all types of shopping making it not only the largest mall but one of the busiest in Botswana.

Game City Mall has a total floor area of more than 50,000 square meters and has been in operation since 2003. The mall is home to a variety of specialty shops, fashion stores, and eateries.

Prominent clothing retailers such as Edgars, Levi’s, and Nike, as well as a huge department store known simply as Game sit here.  KFC, Chicken Inn, and Nandos are just a few of the popular franchises to choose from.

The Novare Lekki Mall, which is located in Lagos, Nigeria, is the largest shopping mall in Africa’s most populated city.

Located in the increasingly urbanizing region of Lekki, the mall opened its doors in August 2016 to serve the community. The project, which cost $83 million and covered 22,000 square meters, was undertaken by Novare Real Estate Africa.

Shoprite and Game are examples of anchor stores. Nike, Swatch, and Levi’s are just a few of the brand’s iconic boutiques. In addition, the mall has a theatre, an entertainment center, and holds mega-events.