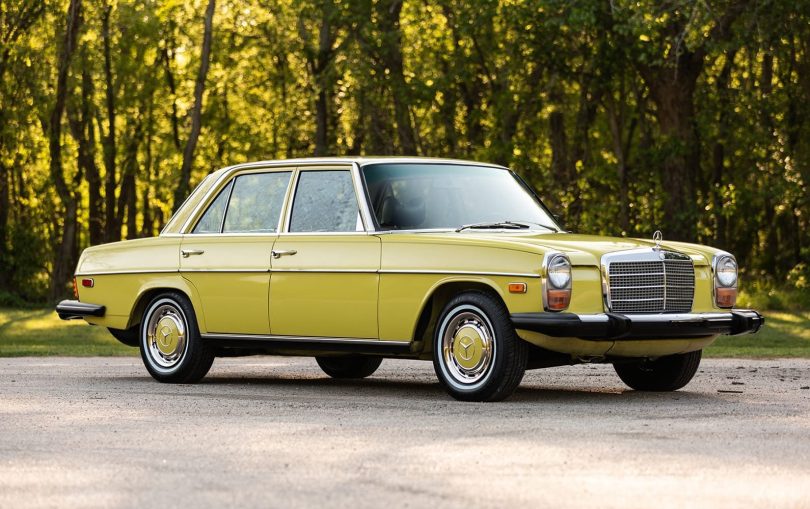 German automobiles are quite popular in Khartoum, which is the capital and largest city in Sudan. Usually, you only hear of political strife but Sudan Mercedes Benz club is a powerful story.

Vintage and modern fleets of Mercedes Benz and Volkswagen Beetle are big on Sudan’s tourism front. In fact, there is a street named “Mercedes Street” and a club called the “Beetle Club” for Volkswagen.

Even better, there is the Sudan Mercedes Benz club which is a success story of the German cars in Sudan. Considered luxurious cars in the world, African elites have a soft spot for these German-made automobiles.

Owning a Mercedes vehicle is a measure of wealth in Africa.

Why is Mercedes Benz Popular is Sudan?

The availability of spare parts and mechanics up to date with German engineering contributes to the love for these automobiles. Many average-income earners in the continent keep off these vehicles over fear of high costs of maintenance.

While this fear is logical, Khartoum has flourishing go-downs with stacks of assorted spare parts. Take Fati Mohammed, a towering mechanic based in the capital. He says fixing German cars is all he has done for the last 50 years.

Mohammed while speaking to DW Africa said that he fell in love with German engineering which many mechanics fear. He has a huge go-down full of spare parts while his wrench is the key thing to fixing faulty cars.

His yard is always busy with a car in wait. Some are as old as 1976 – they are his biggest clients. The mechanic says the biggest challenge with Mercedes engines is a faulty oil pump that’s hard to fix for an amateur specialist. Most pumps – oil and diesel – fail due to poor quality of fuel in Sudan yet, German engines are highly sensitive.

Some of the old cars Mohamed fixed have done over one million kilometres and still driving perfectly. This reliability inspired the Sudan Mercedes Benz club. However, recent spare parts are of low quality according to Mohammed. But he still manages to put back a smile on the faces of his clients.

What is Sudan Mercedes Benz Club?

The club comprises men and women driving Mercedes Benz and are a happy lot. They are from different parts of Sudan but they often meet in Khartoum.

Musa Ali, a Benz owner says that networking is now easier since the inception of Sudan Mercedes Benz club. They do a car-meet which is a huge event in Khartoum and exchange ideas.

Are There Other Mercedes Benz Lovers in Africa?

People in Morocco don’t use Uber; they cram into Grand Taxis –usually old Mercedes Benz. They are the North African version of Cuba’s vintage automobiles, which are rusty yet colorful.

As to why an African country would have colourful but old diesel-powered Mercedes Benz is a long history. Nevertheless, it speaks to depth on why the love for Mercedes Benz Morocco is undying. It is the gallant version of Sudan Mercedes Benz Club.

Why Are Vintage Mercedes Benz Cars Used as Taxi in Morocco?

Mercedes Benz Morocco is thrilling. Grand Taxi drivers in this North African country were offered 80,000 diram (£6,500) in incentives to get rid of their old vehicles in 2014.

Understanding the function of taxis in Morocco is critical to the success of this program on a national basis. There are only 2.8 million registered automobiles in a population of 36 million people. In short, there is only one car for every 11 Moroccans.

It’s worth noting that the population of neighbouring Spain, which has about 10 million more people, has almost 24 million vehicles. The vintage Mercedes Grand Taxis are the most popular long-distance mode of transportation.

This is because no train or bus offers a well-developed or inexpensive option for the general public.