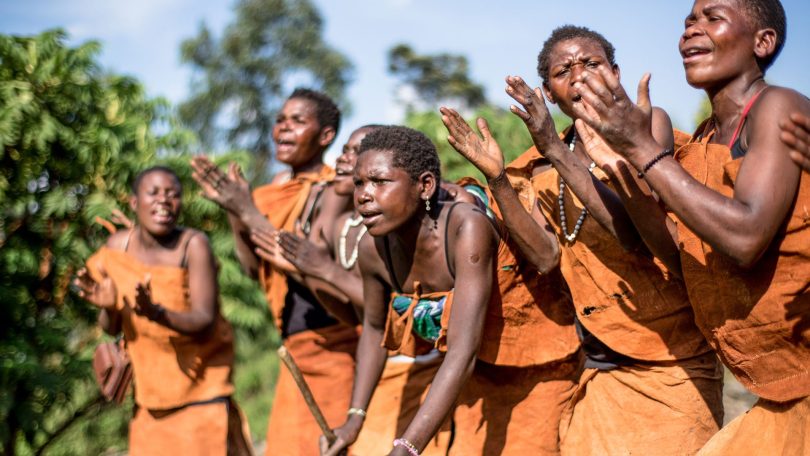 On the outskirts of Bwindi Impenetrable National Park are the last remaining members of the endangered Batwa Pygmy tribe that once thrived in the area.

Known as “Keepers of the Forest”, Batwa pygmies, a semi-nomadic tribe for many years, occupied the mountainous region of southwestern Uganda in the districts of Bundibugyo, Kabale, Kisoro, and Rukungiri.

What Happened to the Keepers of the Forest?

For centuries, Batwa families depended on hunting and gathering from the forest. They lived a typical hunter-gatherer lifestyle. Men used simple spears, bows, and arrows to catch birds, monkeys, small antelopes, and bush pigs for food, while the women foraged for wild honey, fruits and berries.

The Batwa relied entirely on the rainforest for their existence. They lived in grass huts and dressed in the skins of the animals they killed.

As Bakyiga invaders cut the forests down to create farmland and grazing for cattle, they pushed the Batwa into smaller areas at Echuya Forest.

Eventually, in the 1930s, the remaining forests were declared protected reserves by the government of Uganda. While this move prevented further deforestation and provided much-needed protection for the critically endangered gorillas, it scraped Batwa’s legal claims to the land they had lived on for many years.

In 1991, to make way for Mgahinga Gorilla National Park and Bwindi Impenetrable National Park, the Batwa were evicted with no support or compensation, and with nowhere to go.

Overnight, they had become trespassers on their land. Forced out and threatened with imprisonment, the Batwa moved onto the land on the fringes of the parks, where they are now illegal squatters depending on the Mgahinga and Bwindi Impenetrable Forest Conservation Trust (MBIFCT).

The eviction was the last straw for the Batwa community, who had gradually been displaced from the forests by the combined pressures of government departments responsible for conservation and Bakiga farmers. This damaged the forest and imposed private land rights, limiting Batwa’s freedom of movement.

According to the 2014 Uganda Population and Housing Census, the forest dwellers were estimated to be 6,200 Batwa. Today, they estimate them to be only around 3000 Batwa, surviving in extreme poverty.

The drastic change to their lifestyle has brought the Batwa community close to being wiped out. According to the Uganda Land Alliance for Coalition of Pastoral Civil Society Organizations (COPACSO), the few thousand Batwa of Uganda are in danger of extinction.

In 2006, the organization reported starvation and loss of social cohesion among the Batwa who lost their homes to the endangered mountain gorillas in 1992.

Losing their ancestral forest home has had devastating effects on their livelihood. The Batwa depended on the forest for herbal medicine, balanced meals from fruits and animals, and honey, among others.

Losing their land has prohibited access to traditional herbal remedies in the forest has led to malnutrition among their children, causing the rise in infant mortality rate. Very few children survive. Access to modern health services is meagre because of poverty, distance, and location.

The Batwa are poorly represented politically and socially, reinforcing their marginalization. Access to education, healthcare, and other social services is also weak, which makes them more vulnerable.

As a marginalized community with limited access to work, education, and healthcare, they have struggled to adapt to the changing times. Being a small number and despised status, they are treated as outcasts, often shunned and harassed by fellow Ugandans.

Life is still very uncertain for the Batwa. Although several NGOs and the UOBDU are lobbying the government for proper compensation for the displaced communities and working to restore their rights to access the forests, progress is slow. 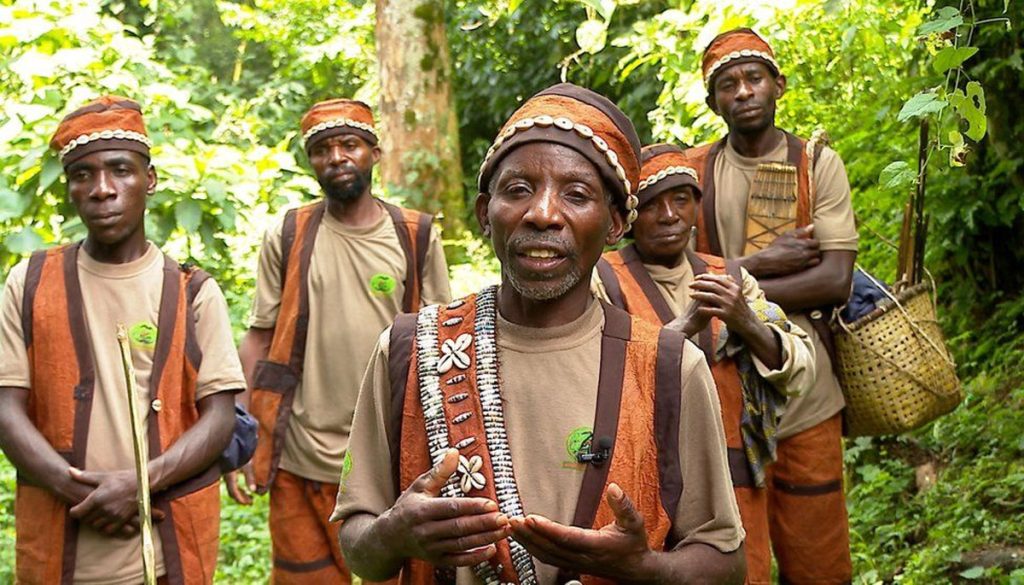 To learn more about the Batwa, on your visit to Mgahinga or Bwindi national parks, you can take the Batwa Cultural Trail through the forest. There are small Batwa villages, normally comprising only half a dozen families, dotted around the edges of both Mgahinga and Bwindi national parks and near Lake Bunyonyi. Many of them are welcoming to visitors.

Community guides will show you how they forage for food, trap animals with snares made from branches, and make tools and medicines out of plants. Explore fire-making skills by the members and music performed on wooden instruments and animal-skin drums. Discover how they build their huts, including the high-up ‘nests’ they build in trees to protect their children from marauding predators.

Spending time with the Batwa isn’t just a fascinating opportunity to learn, but a rewarding introduction to a proud community that will leave you feeling both inspired and moved.