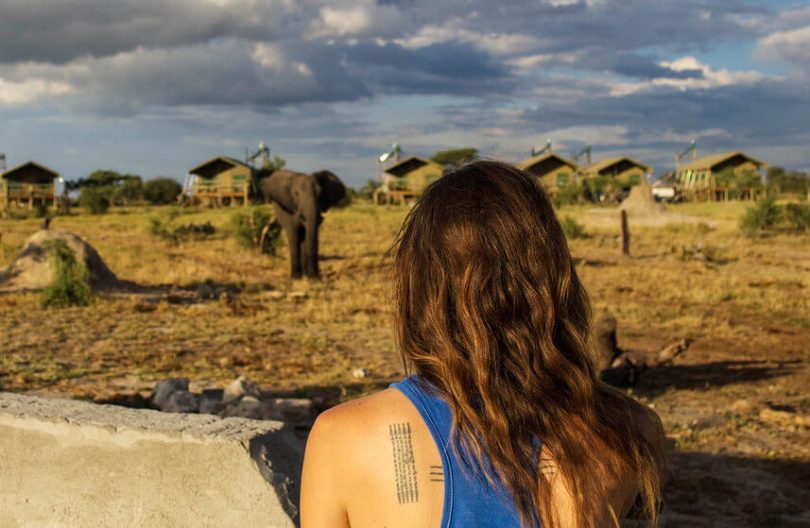 After a sad narration by a Nigerian wanderlust Zainab Oladehinde of her horrendous ordeal at Warere Beach hotel in Zanzibar, the big question remains; is solo female travel Africa practical?

She recounted how she faced a terrible experience while on a solo trip to Zanzibar, one of East Africa’s most prized islands.  The lengthy thread went into detail about this gut-wrenching rendition of what transpired.

While we are big fans of African travel and love spreading positivity about the continent, this story left a bad taste in the mouth. Still, we also have to highlight concerns relating to travel on the continent.

Oladehinde embarked on a solo female travel Africa trip on April 2021 to Zanzibar for her 23rd birthday. She booked herself into the Warere Beach hotel in Nungwi Zanzibar for This once-in-a-lifetime trip. 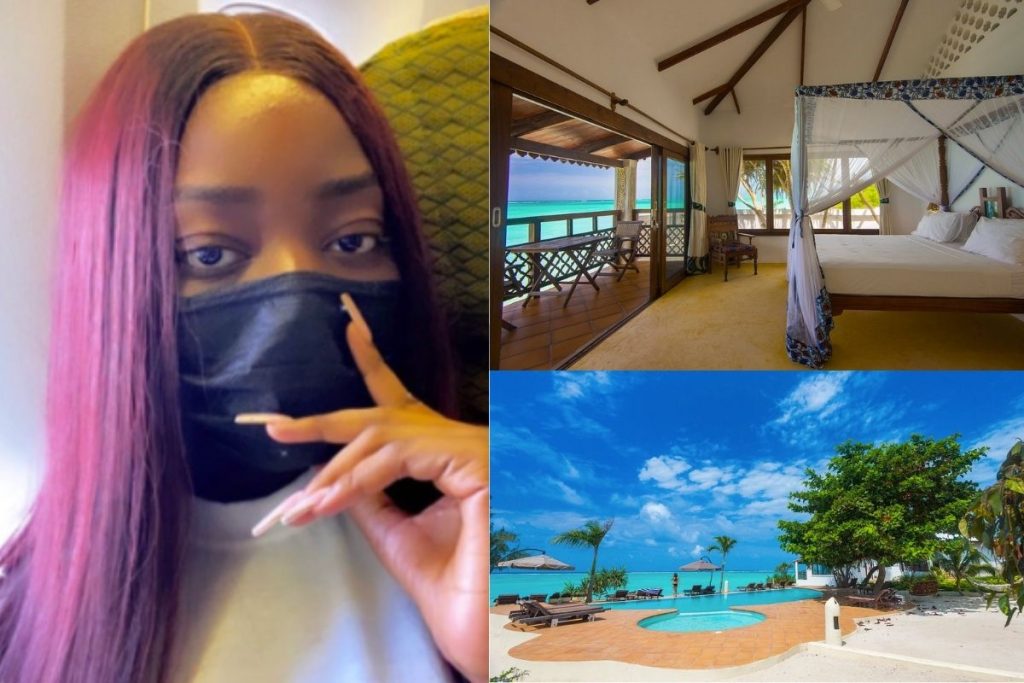 Unknown to her, there was more than what meets the eye in this beautiful island paradise. Having booked herself into this beach hotel for six nights, she was welcomed by friendly staff and shown to her home for the next six nights.

She was eager to start her dream birthday holiday when she checked into a poolside room with an ocean view. After dinner, she retired to her room early to prepare for the days ahead.

Her first day was spent on the hotel grounds, where she spent time in the pool and the beach. She even took the time to mingle with a few guests, including a Russian couple on holiday. Just after midnight, Zainab received calls from friends and family from back home wishing her a happy birthday, after which she retired to bed and locked her door.

Is it Safe to Solo Travel in Africa?

A few hours into her sleep, she felt a strange hand fondling her private parts, and she thought it was a dream. The fondling intensified, and at this point, she woke up and, to her horror, she found a naked man in her bed.

It was at this moment her life changed for the worst.  It dawned on her that solo female travel Africa wasn’t what she always thought it was.

Trapped in a dark room with a naked man fondling her, the Nigerian tried to scream, but the naked stranger shut her mouth. Her mind racing thinking, what does this man want? Does he have a weapon? Is he going to hurt her? How did he enter her room?

While this was all happening in her head, this man was on top of her. He attempted to rape her, but she started resisting while sobbing uncontrollably. Her quick thinking had her shout HIV to this man, and it seemed to work.

Convincing her attacker, she had HIV and bought Zainab a lifeline. In the darkroom, she could not see her attacker, but she caught the scent of his pungent odor. Having convinced him, she was HIV positive. Her attacker decided to look for some condoms for protection.

Oladehinde took this opportunity to switch on the lights and try to call the reception, but to her shock, there was no phone to call the reception in her room. She rushed and locked her door, reached for her mobile phone, and sent a message to the hotel owner. She then put some clothes on and decided to flee her room just in case the attacker returned.

She wanted to make her way to the reception, but then she saw two men who happened to be security men standing outside by the poolside having a conversation. She thought of approaching them to tell them about her ordeal but hesitated.

A stranger had just attacked her in my room, and what if one of those men was her attacker? She then made her way to the reception, and there was no one there. Where was everyone? She remembered the Russian couple she had been with earlier, and she sought refuge there for the night. She managed to call a friend back home to update them about her situation.

Where is Safe for Solo Female Travellers?

Early in the morning, she called a Taxi driver and made her way to the police station. But before she left, she went to her room to get her phone charger as her phone was running low.

At this moment, she realized not only had she been sexually attacked, but she had been robbed. Her $1100 was missing. She found the hotel manager, a Mr “Mussa,” and told her of the ordeal before proceeding to the police station.

She got to the police station, where they asked her to write a statement and further advised her to get checked out at the hospital for a rape kit. Zainab alleges the police were speaking in Swahili around her, and as she was taking pictures, things took a turn for the worst.

The police asked her to delete all footage she had taken, but she refused. The Police chief allegedly threatened her for not deleting the footage. While she was at the police station, Zainab claims not a word of English was spoken to her.

This added to her frustration, and she tried to call the Nigerian embassy, but no one answered. It reinforced the notion that solo female travel Africa is a bad idea. 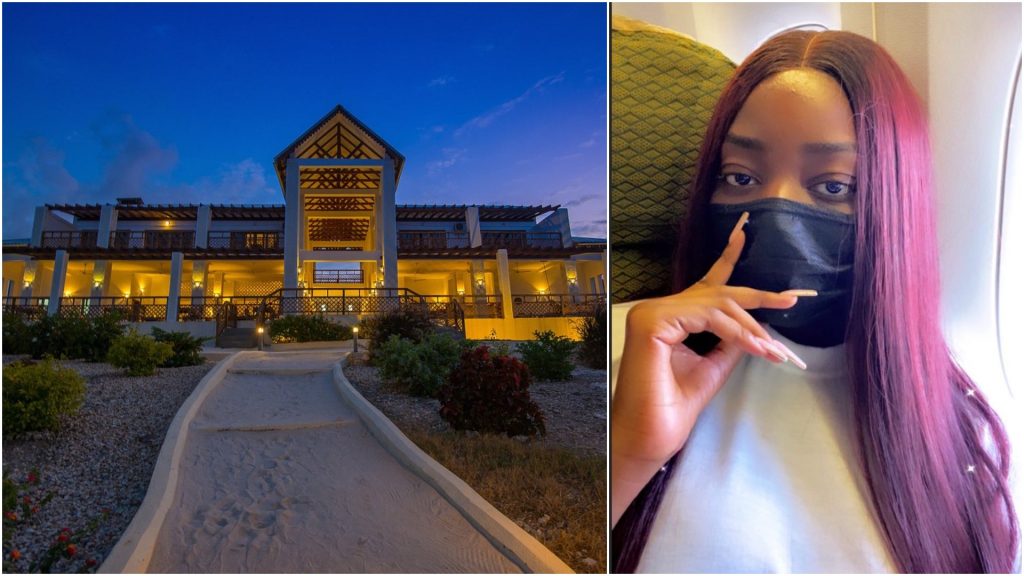 Finally, she was taken to a hospital, and the nurse confirmed there was no penetration. At this point, the police dismissed the rape allegation and focused on the theft charge. Feeling betrayed and let down, Zainab cut her vacation short and returned to her country but in a broken state.

A few days later, she decided to talk about her ordeal through a social media account on Twitter. In just a few hours, her tweet had over 80 000 impressions, and there was apparent outrage.

Outraged people found the hotel had closed the comment section on their social media pages. A few hours later, the hotel’s website was taken down.

However, this didn’t stop outraged people from venting their frustrations as they started leaving negative reviews about the hotel. From an average of 4.5 stars, the Warere Beach hotel has fallen to 1 star.

There is so much to unpack regarding this ordeal. This has brought to light how female traveller still has much to contend with on the African continent. How widespread are such occurrences? Is this a once-off, or are countless other women facing such deplorable acts of abuse but not speaking out about them?