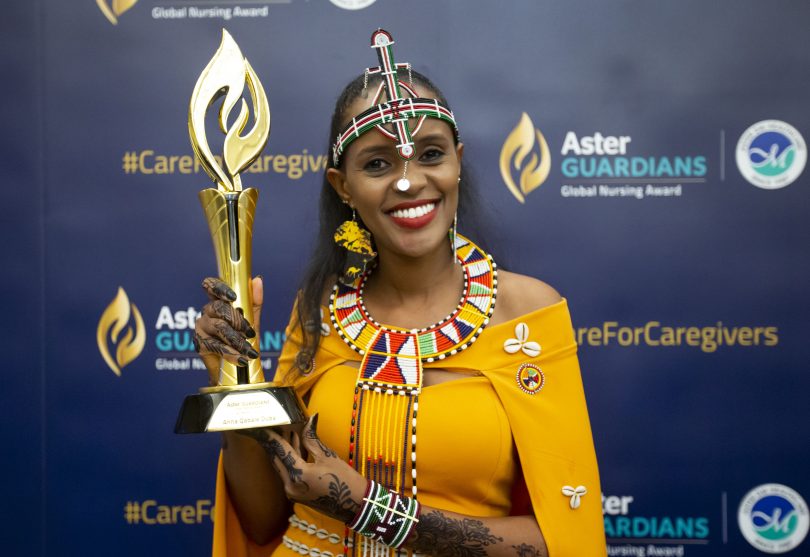 The event took place on May 12 during International Nurses Day. The day honors nurses around the world for their remarkable work.

Both Duba and Jirma Bulle, who work at the Marsabit County Referral Hospital, were nominated for the Aster DM Healthcare award. They were shortlisted from more than 24,000 applications across 180 countries.

Anna Qabale Duba won Miss Tourism Kenya 2013. She was the first person in her village to graduate from college and the only member of her family to do so.

She would later open the Qabale Duba Foundation as a vehicle to advocate for female equality and education. Her efforts saw a school built in her community where children are taught in the morning and adults are taught in the afternoon.

Duba says she is a believer that literacy helps in community development which is why she is passionate about education. 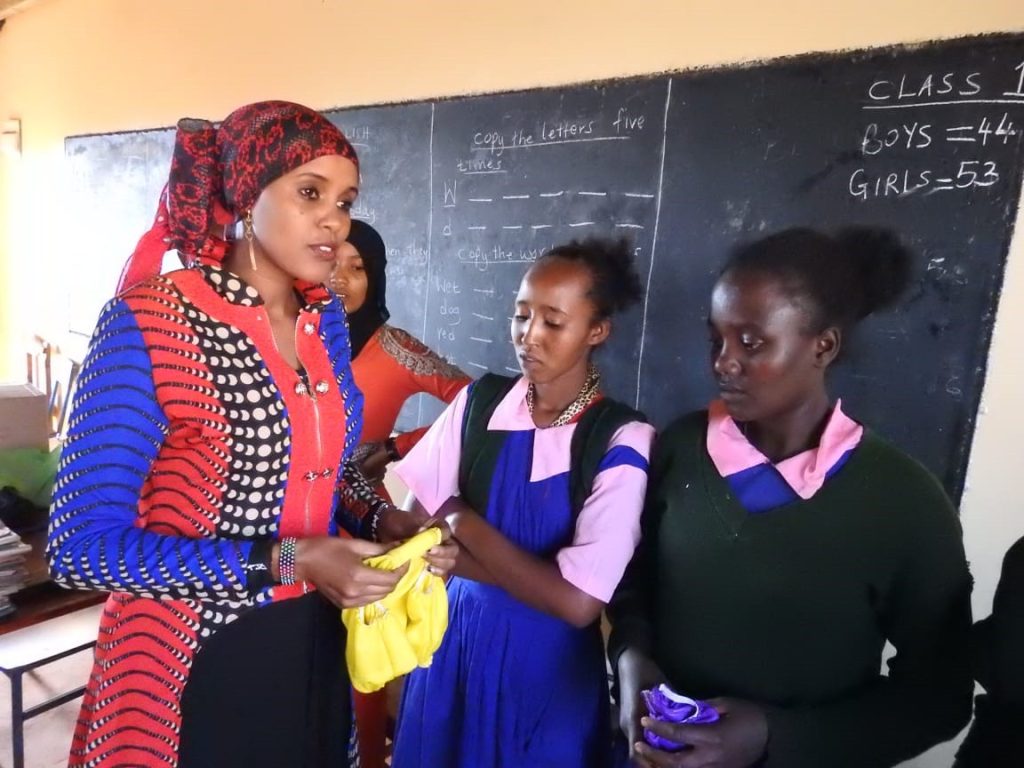 In addition to eliminating a negative culture, she holds that learning helps people learn new things. Among the crucial things her community has learned is the importance of antenatal care, professional delivery, sexual reproductive health, and human rights.

It is safe to say that Anna Qabale Duba is the knight in shining armor in her community. Coming from a marginalized community, she fought old cultural practices that inhibit the community from moving forward.

The Marsabit-born nurse is at the forefront of fighting Female Genital Mutilation (FGM) and child marriage. These two cultural vices declined because of her educational efforts in her community.

Hospital births are becoming more common, and more moms are enrolling their daughters in school as a result of this. As a member of the Somali Community in Northern Kenya, pastoralism is the main economic activity.

Most children from the community never attended school in the past and girls were married off while still young to older men. However, Anna Qabale Duba used her Miss Kenya platform to change things by setting up a school and talking to her community in a bid to change the narrative.

How Much Does Aster Guardian Global Nursing Award Give?

This is the second award in three years. She won the Waislitz Global Citizen’s Choice award in 2019. Duba bagged $50,000 (Sh5 million) cash award. 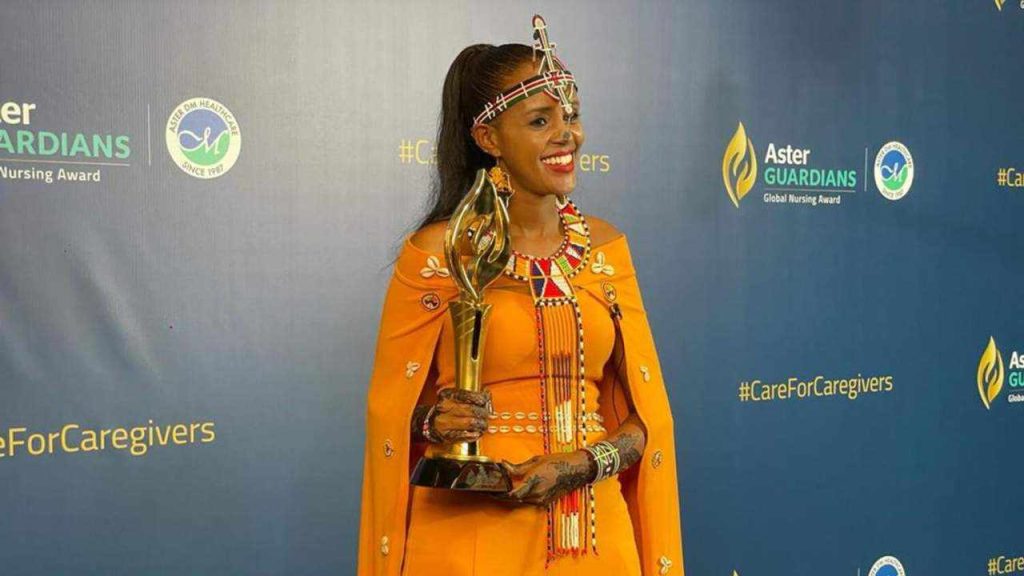 Bulle who works with Duba in Marsabit and was also nominated for the award has a 21-year tenure in the health sector. He was one of the Kenyan health workers who volunteered in tackling Ebola in Sierra Leone.

He heads First Lady Margaret Kenyatta’s Beyond Zero campaigns in Marsabit, a region where child mortality was always high. However, things changed with its arrival as maternal health care matters improved.

The duo faced numerous difficulties while rolling out maternal health in North Eastern County. They were hampered by the inability to reach out to far-flung villages.

But Bulle still leads the charge for immunizing children under the age of five.