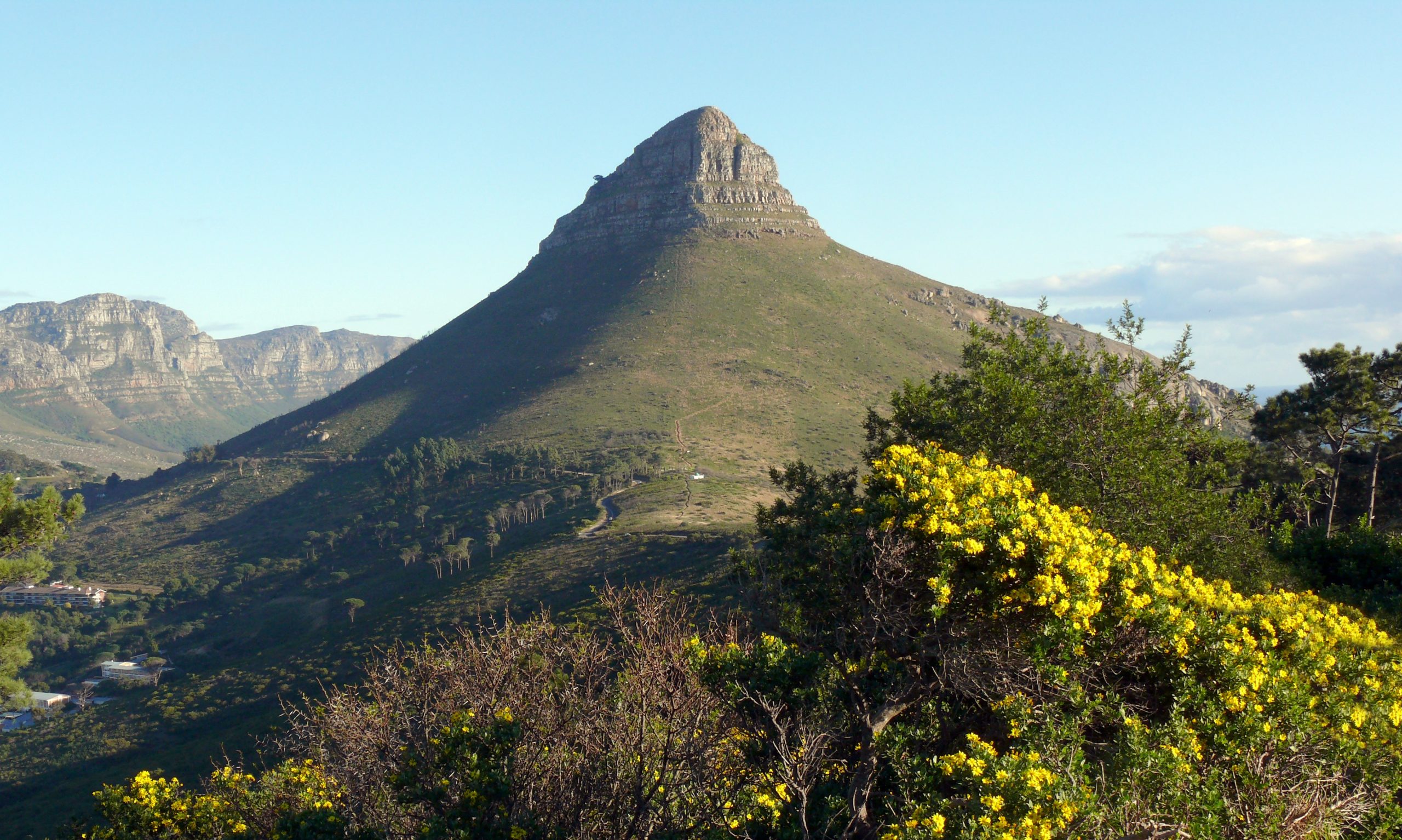 If you are a Cape Town loyalist and would want to experience nature’s wonders in this magical place on South African soil, head to Lion’s Head Mountain.

Just like its name, Lion’s Head peak is a lion’s head at a peak of 669 metres (2,195ft). This part of the mountain has a panoramic view of the city that is Cape Town and is part of Table Mountain National Park. The mountain is centred between Table Mountain and Signal Hill.

In the 18th century, gold was struck at Lion’s Head and mining commenced to a depth of about 30 metres before it was closed a year later as the grade was too low and the depression created being filled gradually. About 90% of Lion’s Head is covered with endangered granite fynbos which eventually fades into the slopes of Signal Hill towards the northern part. At the Lion’s Head summit is a tiny cover, partly of sandstone fynbos which brings with it a unique ecosystem only found at Table Mountain.

The beauty of Cape Town is seen in its suburbs set around the peak of Lion’s Head and Signal Mountain which is under elaborate management to prevent encroachment by developers. Signal Hill’s slopes are historically known for their graves and shrines of Malay leaders.

During the full moon, climbing to the peak of the Lion’s Head Mountain is usually in top gear. The one-hour mountain climb is daunting but breathtaking as you marvel at the beauty of Cape Town in the night. While at the peak, the view of the Atlantic Seaboard is well discerned with its illuminating topographical beauty taking you to a virtual journey of the seaboard’s picturesque nature. 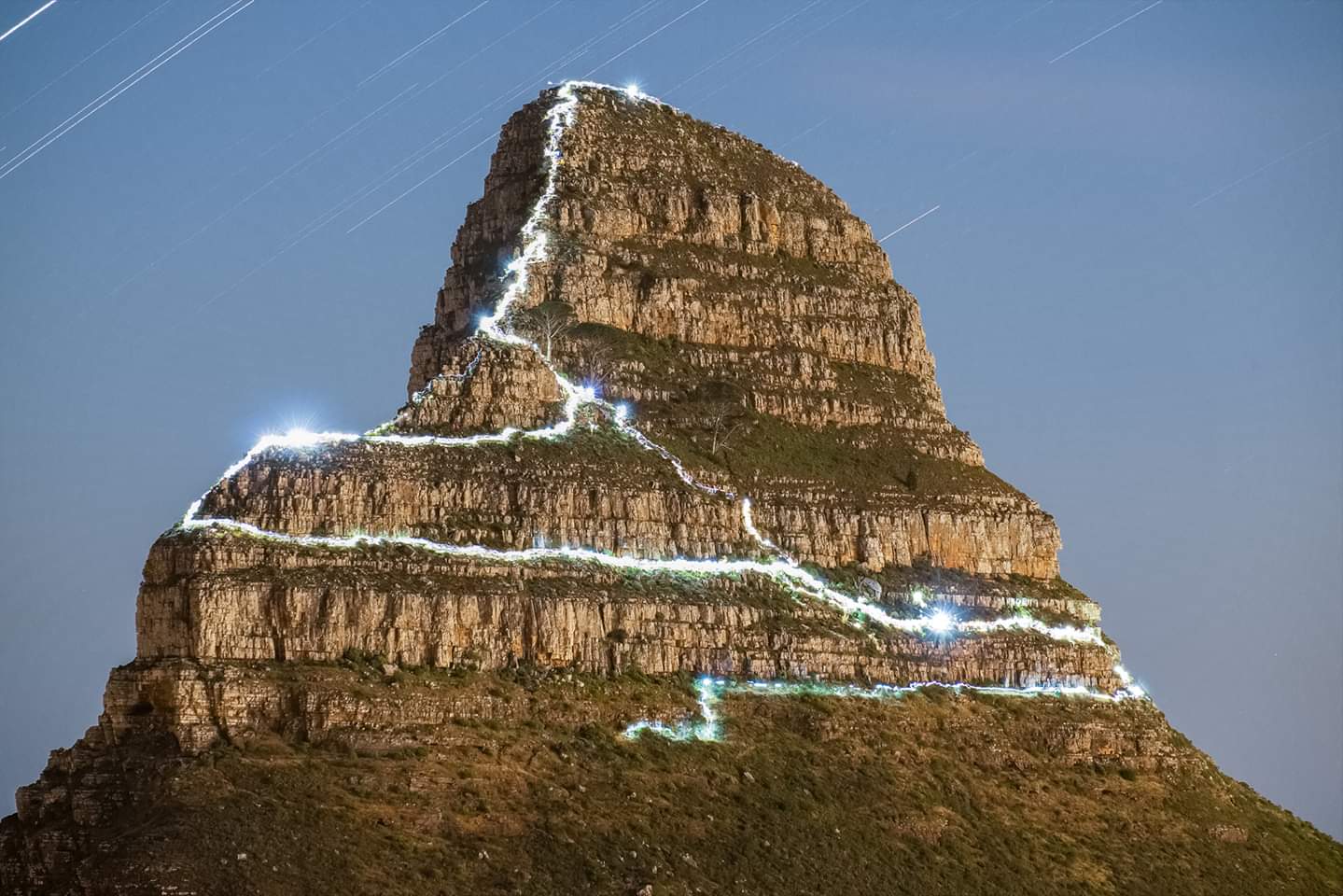 Besides the idyllic view of Cape Town and Atlantic Seaboard, the mountain’s top has rich biodiversity supporting the existence of small animals and endemic vegetation only found in this part of the mountain.

Paragliders launch themselves into the air at the slopes of the Lion’s Head mountain.