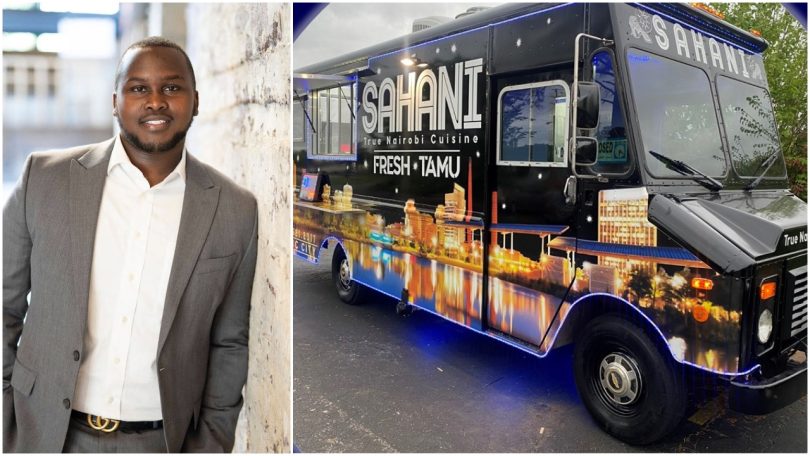 David Kimani, a Kenyan-born entrepreneur now living in the United States caught many Kenyans in Birmingham, Alabama by surprise with his authentically Kenyan food truck venture.

Christened ‘Sahani’ – a Swahili word meaning plate and synonymously Kenyan – Kimani, only 24, is the talk of the town. The serial Kenyan entrepreneur prepares traditional Kenyan foods such as matumbo (tripes).

Kimani cites that traditional Nairobi foods contain a lot of rice and stew which part of the Kenyan culture. Nevertheless, the Kenyan food culture has a vast range of varied foods and flavours to offer.

All these foods are popular back home. When prepared abroad, they are a true sense of identity. 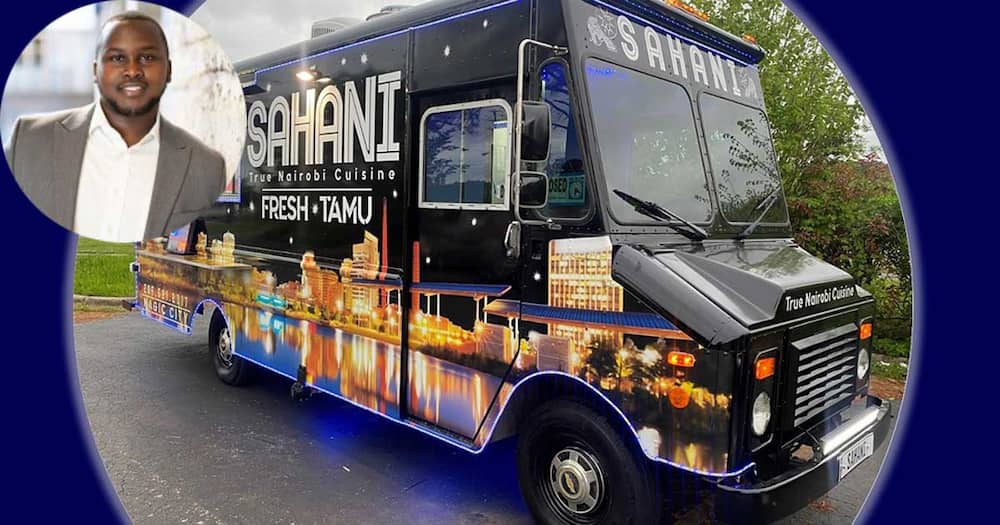 How Did David Kimani Start Sahani Restaurant Food Truck in US?

In an interview with Alabama News Centre, Kimani stated that the project began as a fantasy and eventually became a reality. He loved the sight of food trucks since he was a little boy.

He never knew that he would one day own one. Fortunately, Kimani’s family was able to obtain a truck before the Covid-19 pandemic struck the United States in early 2020.

After a year of planning, they were finally able to open their doors for business in May of last year.

“It started as a dream and turned into reality,” he offers. Sahani, is located in Birmingham’s downtown area. It is also found along Green Springs Highway on certain days of the week and at other events throughout Birmingham.

Was David Kimani Born in the US?

When Kimani was four years old, his family moved from Kenya to Alabama. Before moving to Birmingham, they resided in Fultondale and Hoover for a time.

The 24-year-old University of Alabama alumnus thanks his parents for instilling in him a strong work ethic and knowledge at an early age.

To ensure that he and his brother had everything they needed, his parents put in long hours every day. A strong work ethic was ingrained in him at a young age, he recalls.

He narrates that when it came to school, he and his brother knew exactly why they immigrated to the US; to pursue education.

As a direct result of Birmingham’s excellent public school system, he attended a prestigious university. The aftermath was a degree and a great job as a data analyst

While working as a data analyst for Alabama Power, Kimani was inspired to start his business. Birmingham’s flourishing food and culture scene offered him this golden opportunity.

He adds that it is also a learning curve and he improves daily. Above all, he notes that prayer and believing in God has made it all possible.

Kimani joins other Kenyans conquering the business world in the US. He joins US-based Kenyan Margaret Nyamumbo. 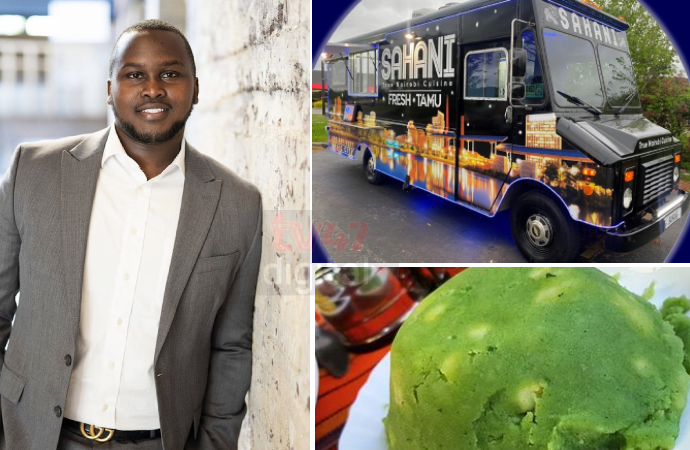 Margaret Nyamumbo CEO of Kahawa 1893 Coffee Brand in US

She is not your ordinary entrepreneur – she is the CEO of Kahawa 1893 Coffee.

Nyamumbo took the Kenyan coffee flavour to the US in a dramatic twist of her career. Her story embodies her love for Africa even if she is miles away from home. She is the first black woman to set up such a coffee franchise after quitting Wall Street.

The Harvard Business School graduate (MBA) grew up in the Kenyan highlands. Coffee growing was the main economic activity in the region. All through, Nyamumbo loved entrepreneurship, and she got her breaking moment after an opportunity to study in the US.

She relocated and pursued her MBA at the Harvard Business School. To kick-start her career, she landed a position on Wall Street.

With all the allure of working on Wall Street, the Kahawa 1893 Coffee proprietor wasn’t satisfied; not quite. She wanted more for herself.

All along, she would battle with thoughts of how best to bolster women, coffee workers, back home.

Nyamumbo grew up pitying women working in coffee farms due to the meagre earnings they took home. This thought never left her mind.

She labored so hard mentally through the years, trying to map out a solution to ensuring these women got better pay.

And in 2017, she hung her boots on Wall Street and set out to establish her brand, now available in some US States.

Nyamumbo named her brand Kahawa in respect to her motherland. ‘Kahawa’ is a Swahili name meaning ‘Coffee’ in English.

Today, Kahawa 1893 Coffee is selling in multiple outlets in the US in what Nyamumbo describes as an exciting journey. It is available in New York City, California, and Chicago.

Besides, it is now selling across all 200 Trader Joe’s stores in California while she looks at expanding to other regions.