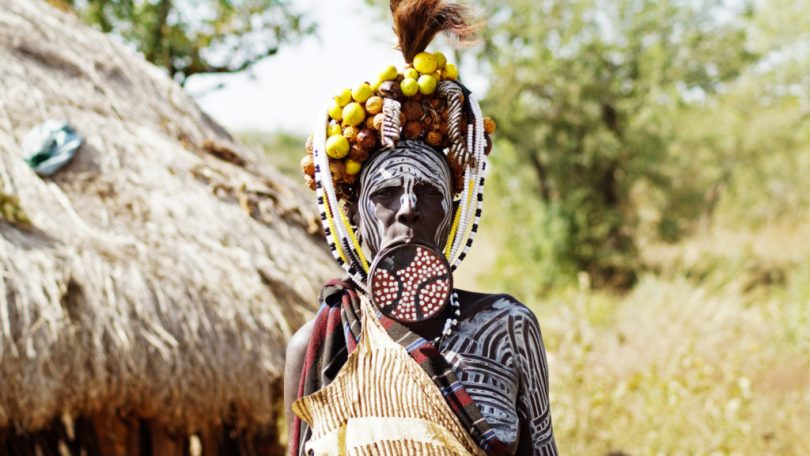 If you’re interested in learning about different cultures, then you’ll love this blog post about Ethiopian tribes and their traditions. From the Mursi tribe and their lip plate stretching ceremonies to the Hamar tribe and their bull-jumping rite of passage, you’ll get a fascinating glimpse into the lives of some of Ethiopia’s most interesting people.

So sit back, relax, and enjoy this Cultural Crash Course on Ethiopian Tribes!

What is the Best Tribe in Ethiopia?

The Mursi tribe, warrior people who live in the Omo Valley, are one of the best tribes in Ethiopia. The Mursi are known for their unique customs, including lip plates and body painting. If you’re looking to learn more about Ethiopian culture, a visit to the Mursi tribe is a must!

What Was the First Tribe in Ethiopia?

According to history, the Afar tribe was the first tribe to settle in Ethiopia. The Afar are nomadic people living in Ethiopia, Djibouti, and Eritrea deserts. Despite their harsh living conditions, the Afar are a proud and hospitable people. If you’re ever lucky enough to meet an Afar tribesman, they will greet you with a warm smile!

How Many Major Tribes are in Ethiopia?

There are over 80 major tribes in Ethiopia! With such a large and diverse population, it’s no wonder that Ethiopia is one of the most culturally rich countries in Africa. From the nomadic Afar tribe to the coffee-loving Sidama tribe, each ethnic group has its own unique customs and traditions. 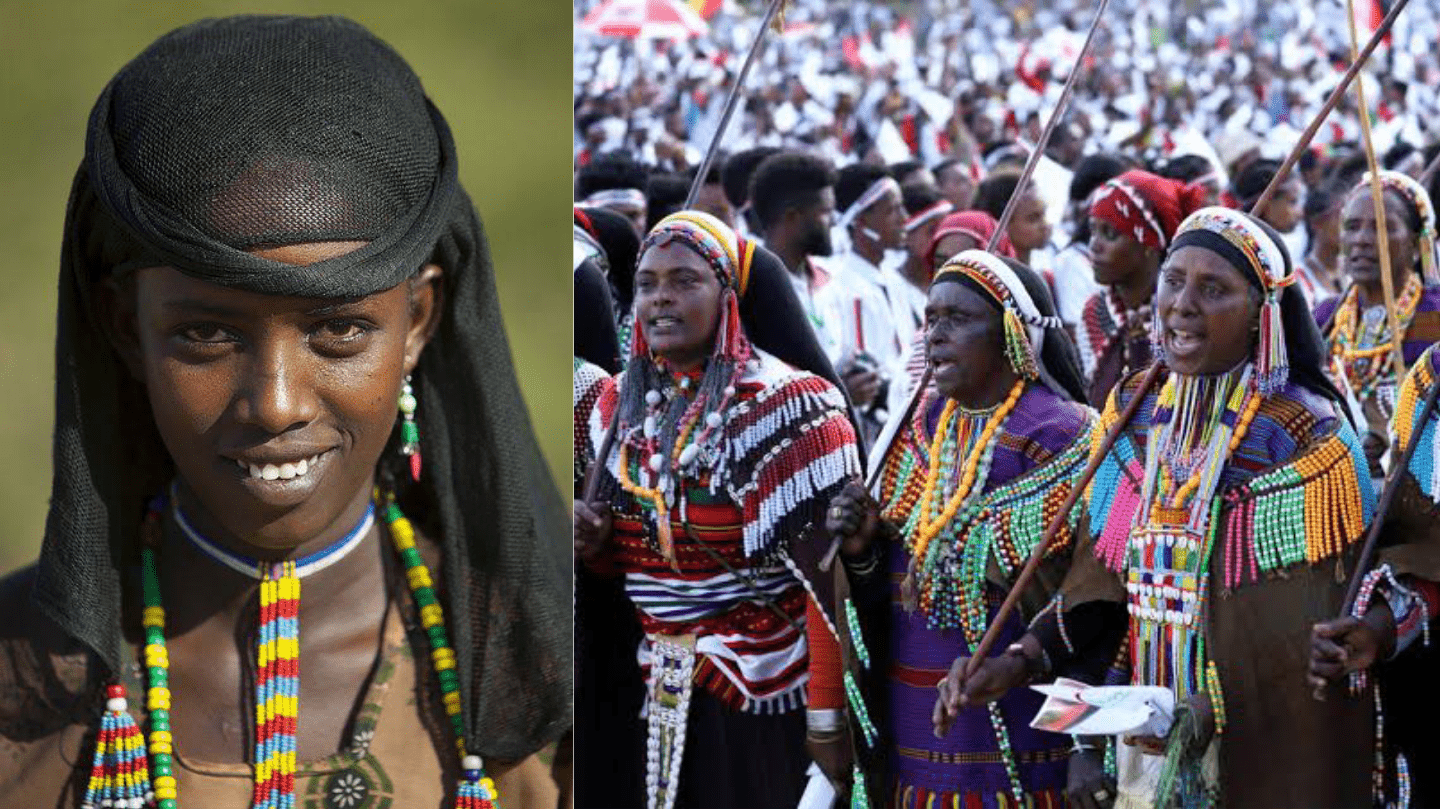 The Oromo people are the largest ethnic group in Ethiopia, making up around 34% of the population. The people have unique culture and customs, including traditional music, dance, and dress.

The Oromo tribe is not only one of the largest tribes but also widely dispersed throughout Ethiopia. Before the government restricted this ethnic group, its members ruled themselves using a unique, interesting system. All men’s lives were divided into 11 stages, based on their age. Men who have reached the 6th through 8th grades can rule the members if they choose to. 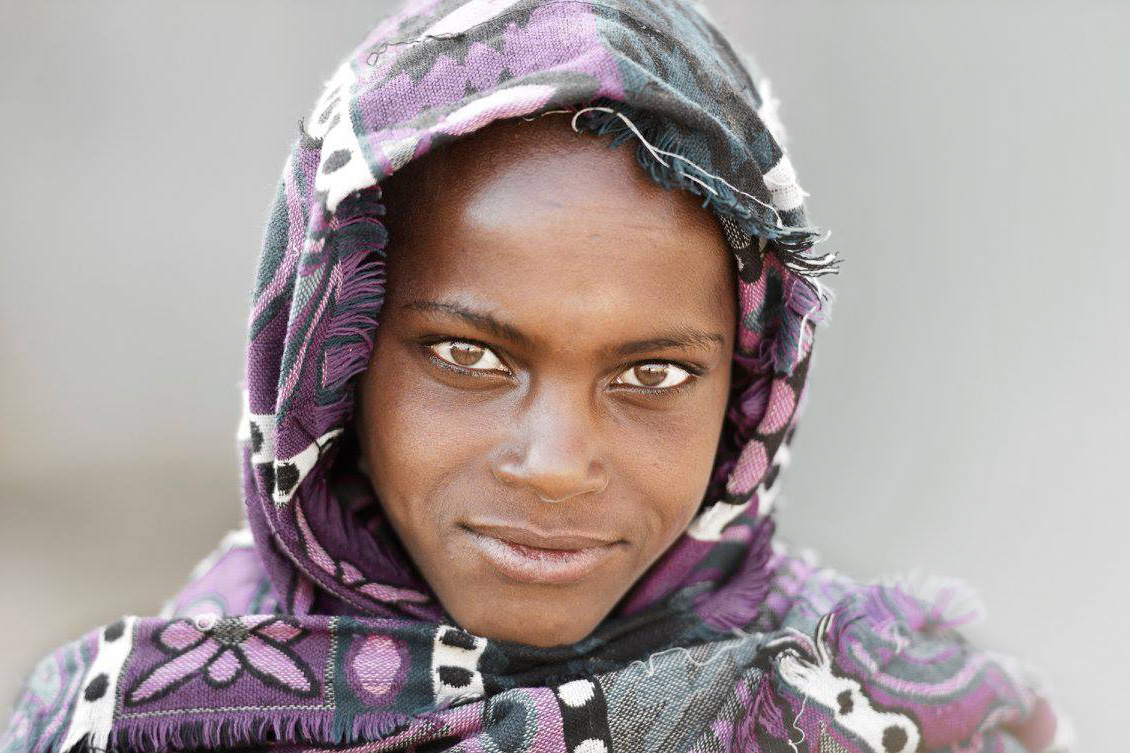 The Amhara. Photo/Atlas of humanity.

The Amhara people are the second largest ethnic group in Ethiopia, making up around 27% of the population. Its members live in Addis Ababa and play a role in running the country and developing its economy.

Despite their relatively small numbers, they have kept a fair amount of political power. The Amhara people have their unique culture and customs, which include traditional music, dance, and dress. The Amhara are known for their strong religious beliefs and their contribution to Ethiopian culture and history.

The Tigray people are the third largest ethnic group in Ethiopia, making up around 6% of the population. They have their unique culture and customs, including traditional music, dance, and dress.

This tribe has a rich history and culture. Some of the Ethiopian tribes and their traditions include unique music, dance, and poetry. The traditional clothing includes the dirac (a long, flowing garment) and the khamis (a short, loose tunic). 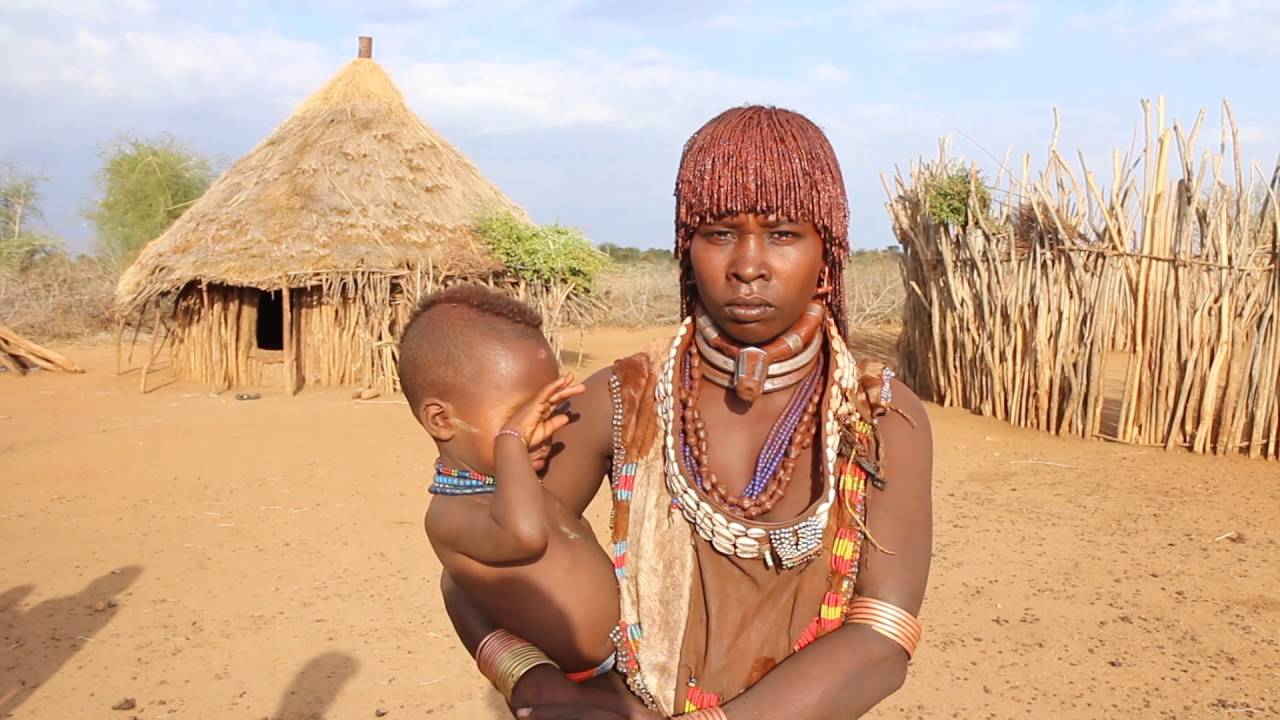 The Hamar tribe is also known for their bull-jumping rite of passage, which is a coming-of-age ritual for young Hamar men. The young man must jump over a row of bulls to complete the ritual. The young man’s female relatives will sing and dance to encourage him, and if he is successful, they will consider him a man. If he fails, he will have to try again next year. 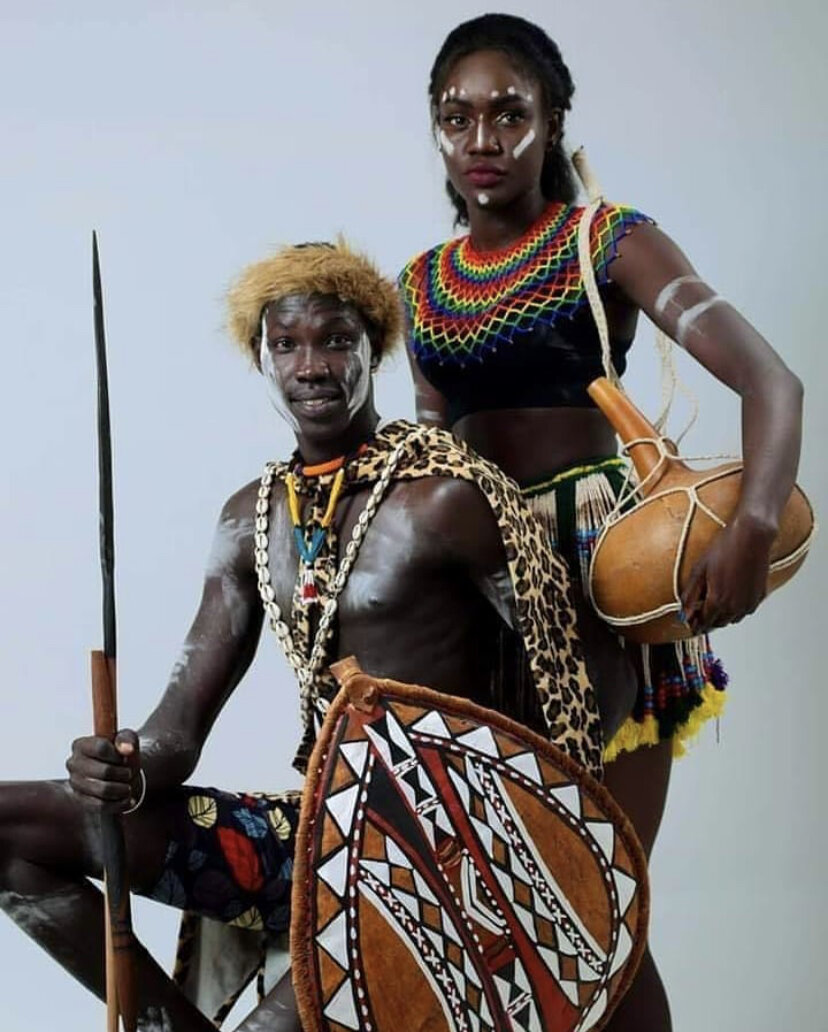 The Nuer tribe is located in the northeastern part of Ethiopia. We know this tribe for its nomadic lifestyle. The Nuer people are herders and often move around with their cattle. The Nuer tribe has its own language and culture. They love their elaborate jewellery. 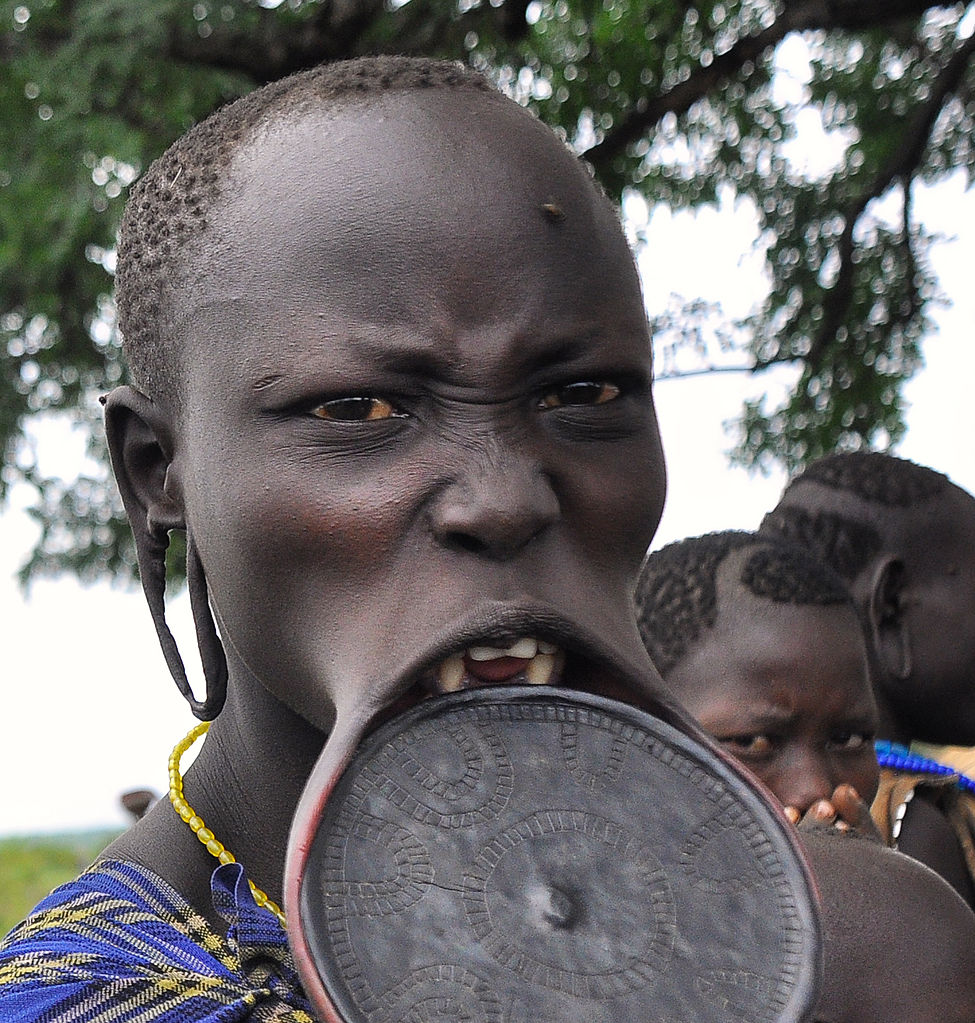 The Mursi tribe is one of the most well-known tribes in Ethiopia. Some of the Ethiopian tribes and their traditions include lip plate stretching ceremonies, which are a coming-of-age ritual for young Mursi girls.

The girls have their bottom lip pierced and then gradually stretch the piercing by inserting increasingly larger lip plates. Once the girl has reached adulthood, she will have a lip plate that is about the size of a dinner plate.

The Mursi tribe is also known for their traditional beliefs and way of life. They are pastoralists and rely on livestock for their livelihood. Goats and cows are the most important animals to the Mursi people, and they believe these animals are a gift from their gods. The Mursi tribe is located in the Omo Valley region of Ethiopia.

A woman from Afar tribe. Photo/Pinterest.

The Afar tribe is located in the Afar Region of Ethiopia. This tribe is nomadic, so they move around from place to place. The Afar tribe has their unique customs. For example, it is a tradition for Afar men to greet each other by shaking hands and then rubbing their noses. This custom is called “greeting with the nose.”

So there you have it! These are just nine of the many tribes that call Ethiopia home. Each one has its own unique customs and traditions. The tribes of Ethiopia are rich in culture and tradition. What an amazing opportunity it would be to experience their way of life! I hope that through this post, you discovered a small glimpse into the fascinating world of Ethiopian tribes. What a fascinating country!