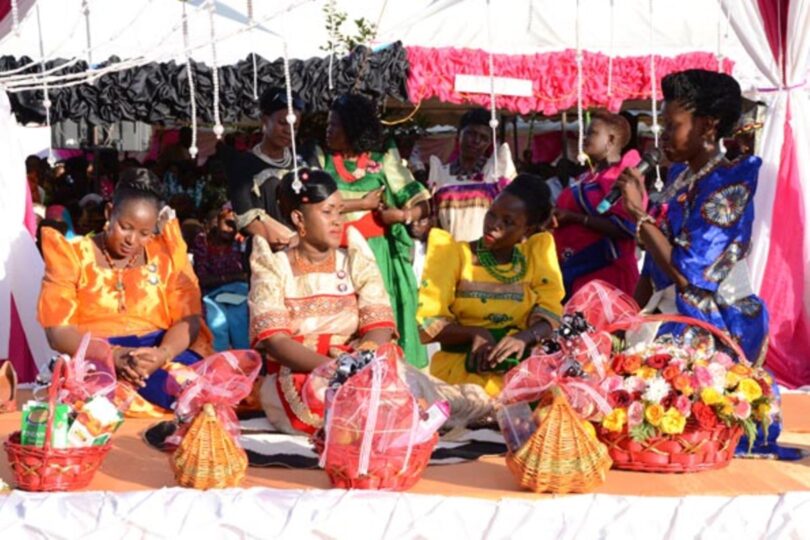 Uganda cultural experiences that will lighten your festive season are plentiful. December is one of the busiest times in the tourism calendar, as it is also a month for celebrating people and society. In Uganda, families are reunited with their relatives who have been away all year. It is often a month of ceremonies, events, and traditional rituals.

With a population of over 30 different tribes from five ethnicities, Uganda offers an interesting cultural experience during this merry period of the year.

What are Cultural Festivals in Uganda?

Uganda is home to a diverse mix of cultures, each with its traditional celebrations. Uganda’s many cultural festivals are celebrated throughout the year and include:

What are Some Uganda Traditions?

Uganda cultural experiences is full of traditions that are a part of the country’s heritage. One of the norms in Uganda is for members of the same sex to lightly touch while talking. This could manifest as touching hands, arms, or shoulders. The only time opposite sexes would touch is usually during a handshake; even then, there is very little to no contact.

What Holidays do People Celebrate in Uganda?

Where to Spend Christmas in Uganda?

Christmas in Uganda is celebrated with great enthusiasm. The people of Uganda celebrate the holiday season with traditional dances, music, and feasts. Tourists visiting during this time should take advantage of the joyous atmosphere and explore some of the popular Christmas destinations like Entebbe and Jinja for their vibrant festivities.

Alternatively, a safari on the banks of the Nile is a great option to experience the stunning wildlife of Uganda. Many places in the cities of Kampala and Entebbe offer traditional local dishes like ‘luwombo’ (a steamed stew made with beef, chicken, or goat meat), which make for delightful Christmas meals!

A Visit to a Traditional Cultural Center

Uganda is home to many different types of cultural centers, with each one offering a unique and immersive experience. Some of the most popular cultural centers include The Uganda National Museum, The Kampala Arts and Culture Center, The Uganda Wildlife Education Centre, and the National Theatre of Uganda. These centers allow visitors to explore centuries-old traditions, witness craftsmen at work, and learn about the country’s history. Visiting one of these centers is an excellent way to gain insight into Ugandan culture. 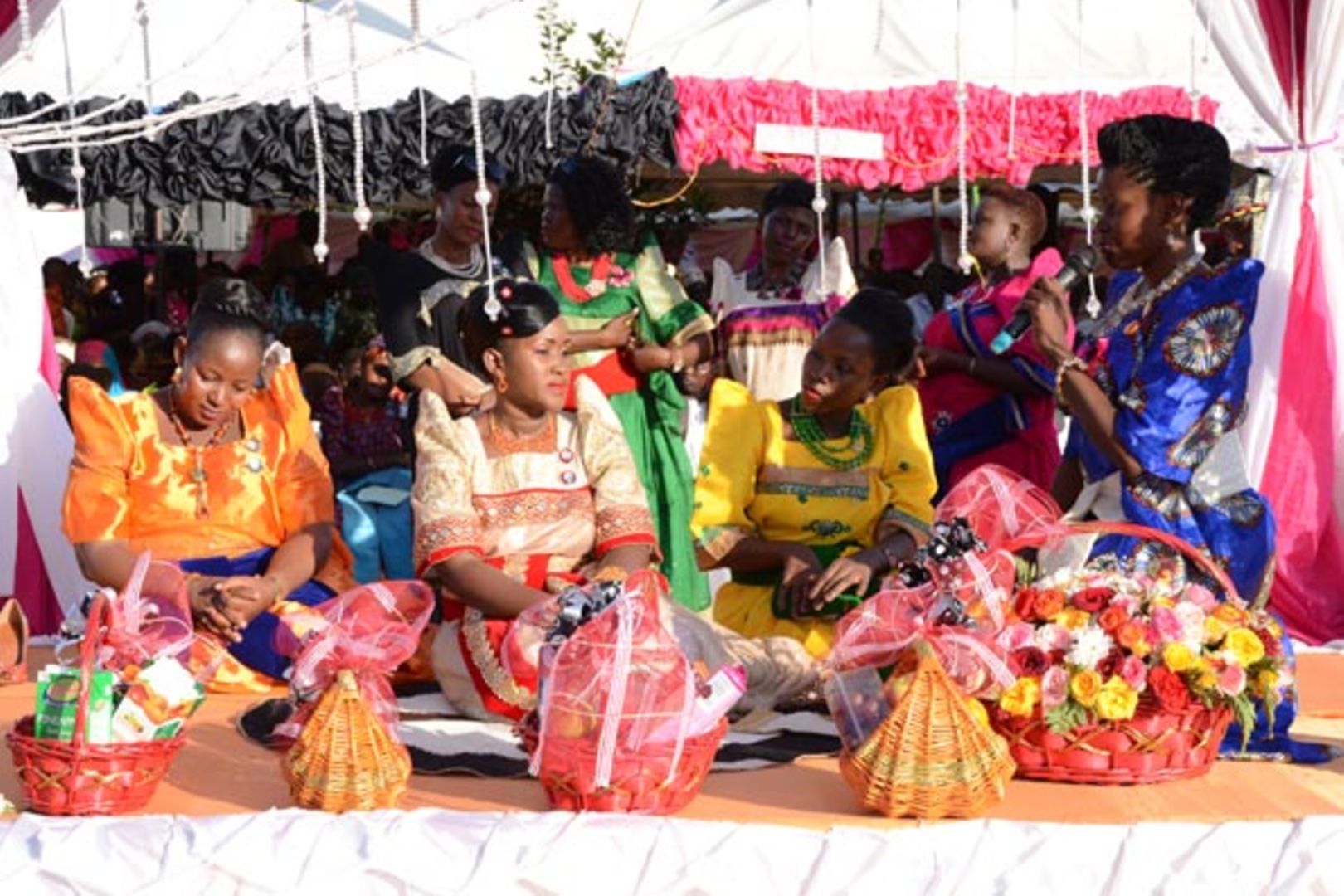 Buganda is the only kingdom in Uganda that has maintained its traditional values and sovereignty. The people of Buganda are fiercely loyal to their King (Kabaka). One of the most fascinating Uganda cultural experiences is the traditional marriage ceremony known as kwanjula in Buganda. These events are steeped in cultural rituals and involve the bride, groom, family members, and guests all taking part in activities such as dances, food ceremonies, and blessings.

The groom’s family travels to the bride’s home to ask for her hand in marriage, carrying many gifts. There is also a peaceful discussion of the dowry price and asking for the elders’ permission to marry. The ceremony usually ends with the married couple receiving blessings from their elders, after which everyone celebrates. A visit to a Buganda wedding is sure to be an unforgettable experience for anyone interested in understanding more about Ugandan culture. 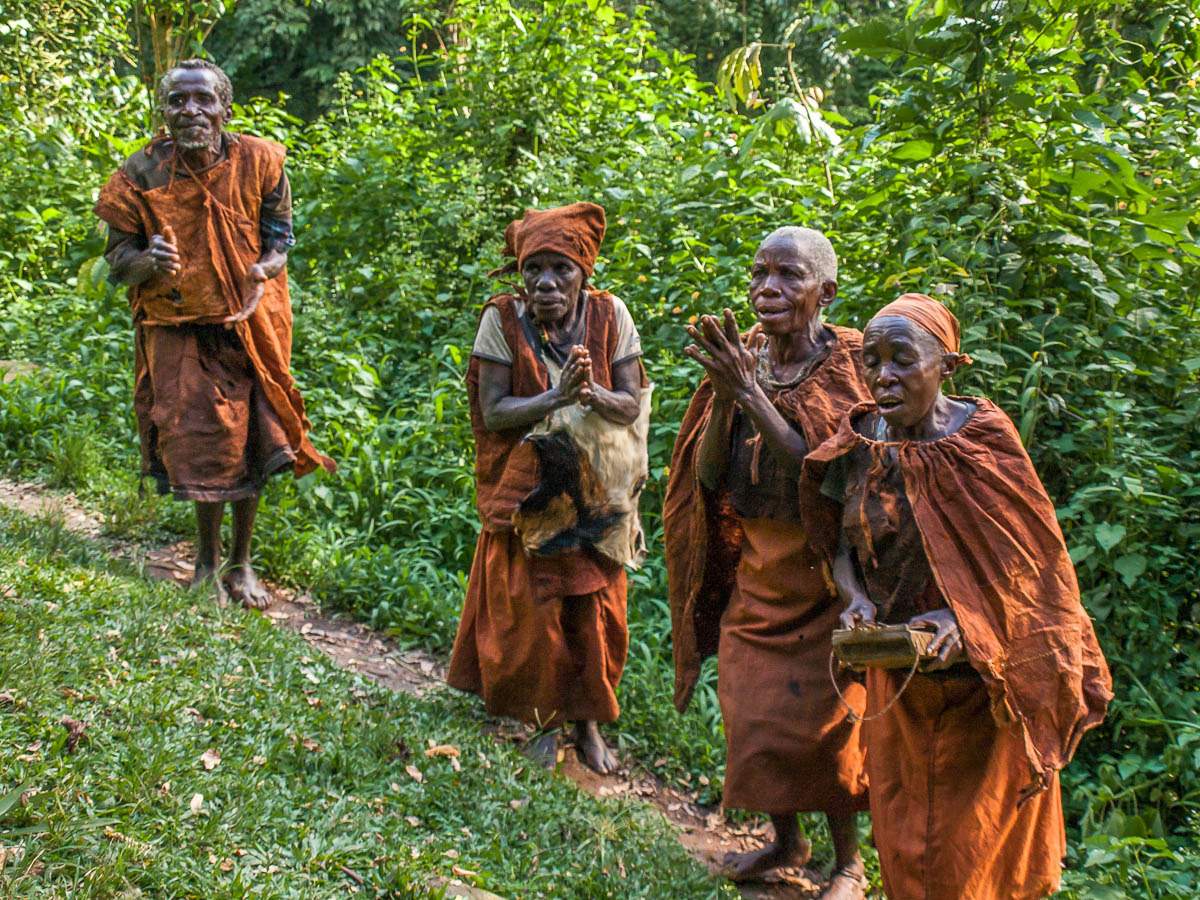 The Batwa have managed to keep their lifestyle relatively untouched by modernity. Photo/StarMount Safaris.

The Batwa are one of the most primitive tribes in Uganda. They have managed to keep their lifestyle relatively untouched by modernity. Batwa are short and stout people, mainly found in the mountainous areas of Kisoro and Bundibugyo.

The Batwa people are gatherers and hunters, following in their forefathers’ footsteps. Some groups still dress in bark cloth and grass. However, because some of their favourable homes and hunting grounds have been designated for wildlife conservation purposes, the Batwa people have now been relocated to accessible communities where they can receive services and be involved in tourism activities.

Visit the Batwa for a cultural experience that include: 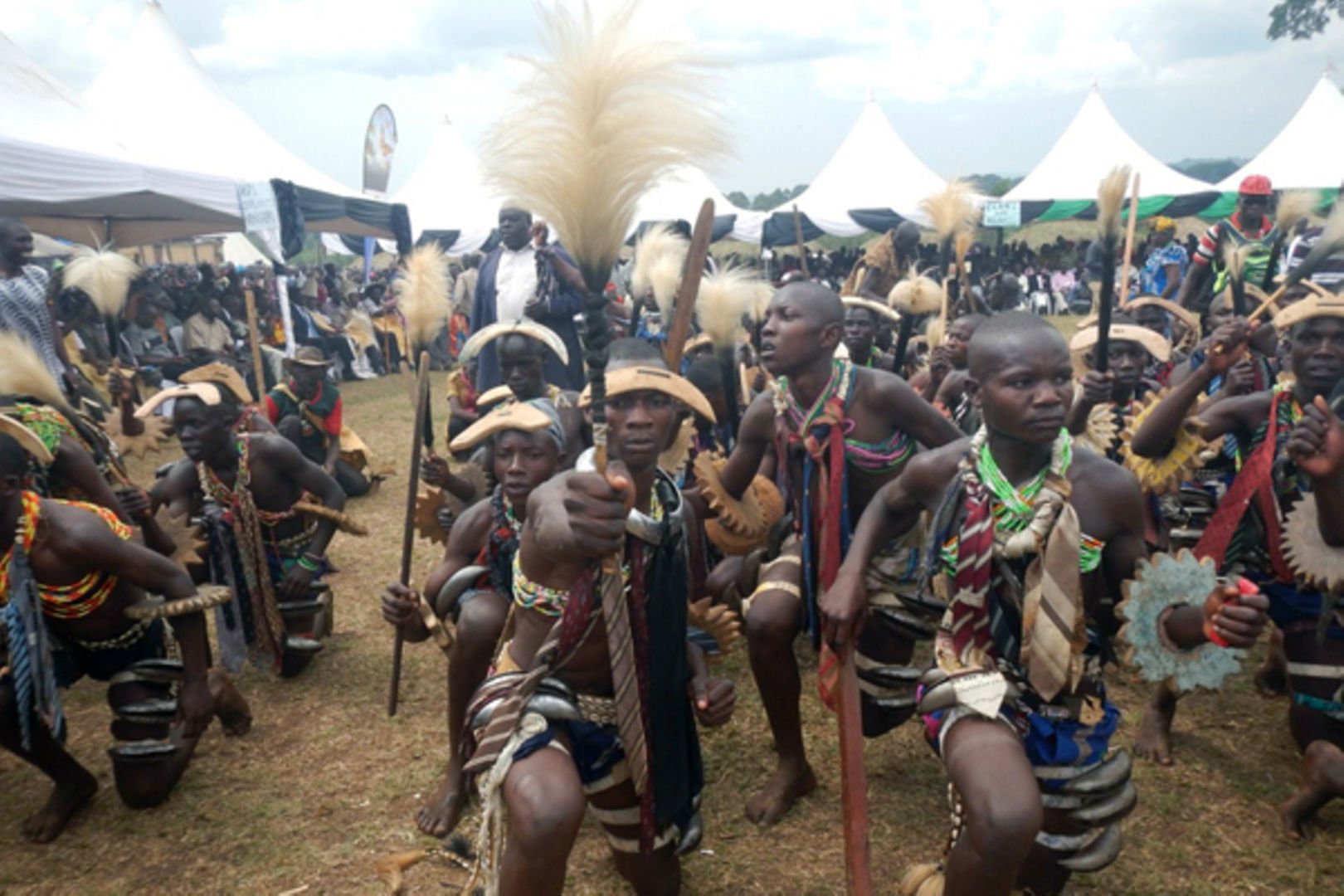 Mandatory circumcision rituals biannually take place to initiate boys into manhood for the Bagisu people who live on the foot of Mount Elgon. The Imbalu ceremony is on of Uganda’s cultural experiences that involve the circumcision of boys between the ages of 12 and 25, by traditional circumcisers known as ‘Ajawas’. It takes place in June or July, with a colourful procession that includes drumming and singing. To fully explore Uganda cultural experiences, be ready to enjoy some traditional dance. There is also a lot of dancing and merrymaking, including beer-drinking contests that take place at night.

The initiation usually lasts for two or three days, during which time young men are taught the values and behaviour expected of them as adults. The Mugisu community considers any man who has not circumcised a coward, and he will not be able to find a wife.

Visitors to Uganda during this time can witness the Imbalu festivities and learn more about Uganda’s cultural heritage. 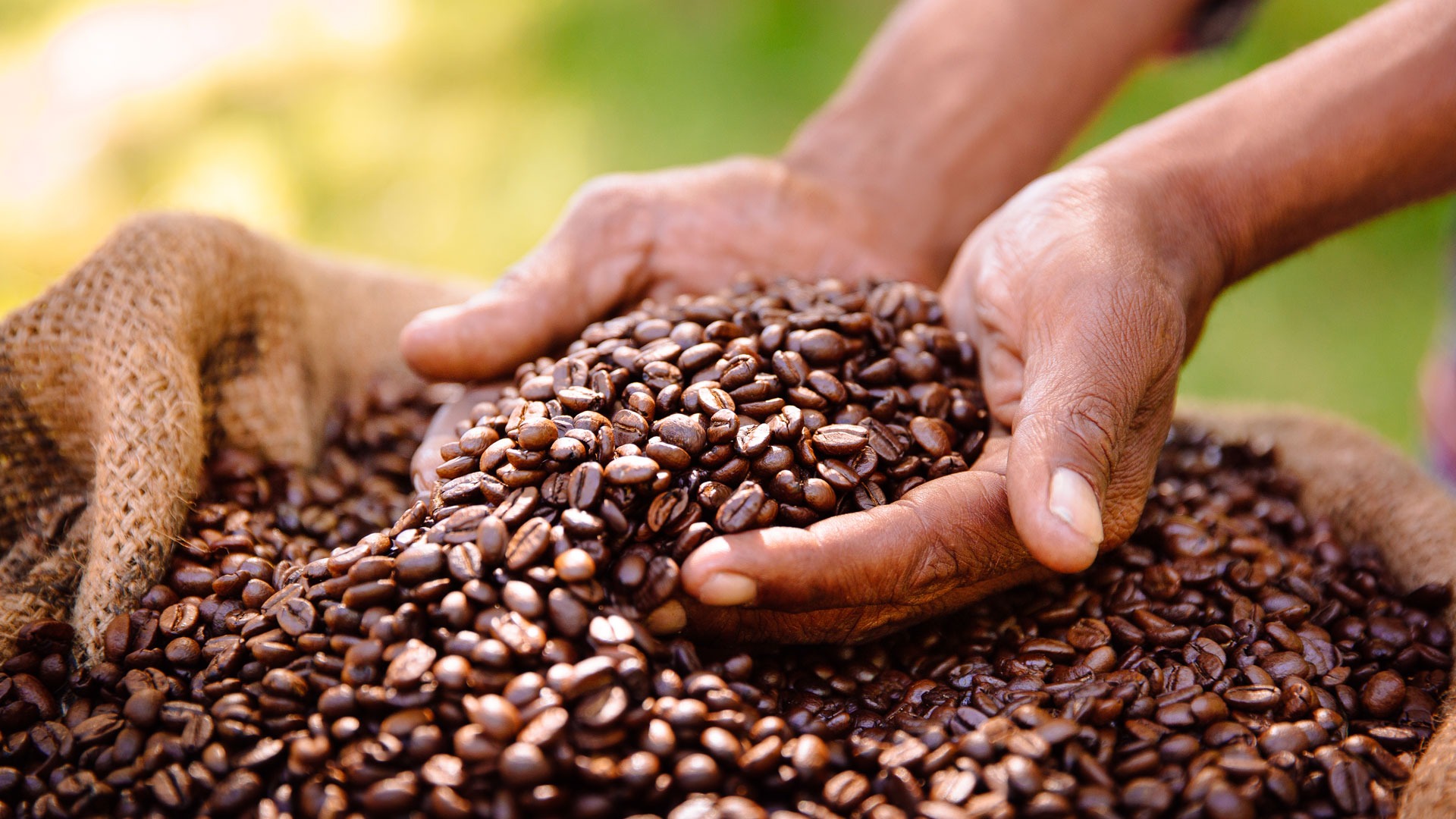 Kyambura Women’s Coffee Cooperative is a group of women located near Queen Elizabeth National Park. They take care of 1,500 arabica and robusta coffee plants on 100 acres and sell the finished product to nearby lodges. Their coffee is organic and processed by hand at a communal processing plant.

On your tour of the coffee farm, you will see how your purchase of sustainable coffee helps protect the local population of chimpanzees. The women cooperative work to end hunting these animals in their community as they understand living with nature is crucial.

Kyambura Women’s Coffee Cooperative not only grows and processes coffee beans, but they also train women as baristas. This is so the women can work in local lodges and deliver excellent coffee to customers. The tour ends with a delicious cup of coffee which might be the best one Uganda has to offer!

Uganda has a rich cultural heritage; its people are known for their warm hospitality and welcoming nature. During the festive period, experience some of Uganda cultural experiences that will lighten any traveller’s heart. Whether it’s witnessing traditional Buganda weddings or visiting Batwa communities, Uganda offers endless opportunities to learn about Uganda’s culture and traditions. So, stick around for longer and explore Uganda during the festive season.