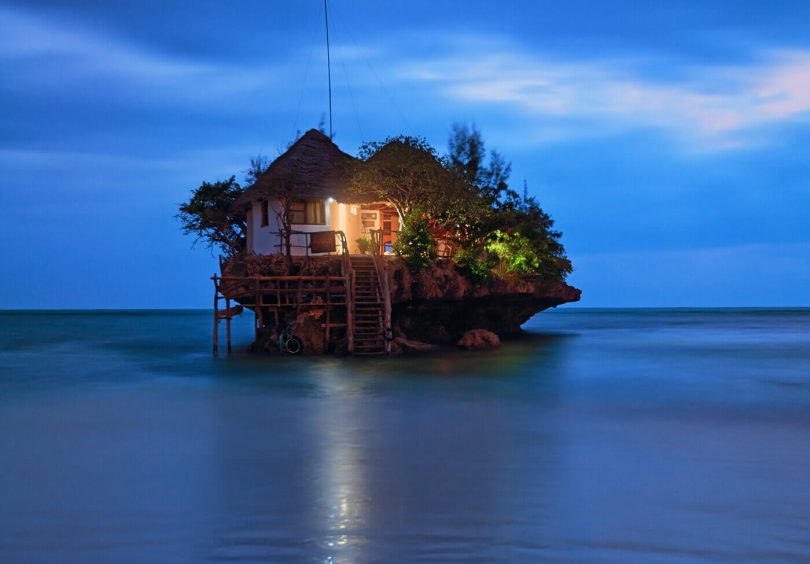 There are some locations in life that you can only imagine visiting, places that are so fantastic that you can hardly believe they exist. And one such place is The Rock Restaurant in Zanzibar.

This restaurant was built in the middle of the Indian Ocean. It’s hard to get it out of your head once you set foot in it.

The wacky eatery perched atop a massive rock in the middle of the ocean is a resounding success.  It speaks boldly of African luxury pegged on intricate Architectural designs.

When Was the Rock Restaurant Built?

The Rock Restaurant Zanzibar came to be in 2010. Before then, it was just any other fishing base that Michamvi fishermen used for business. 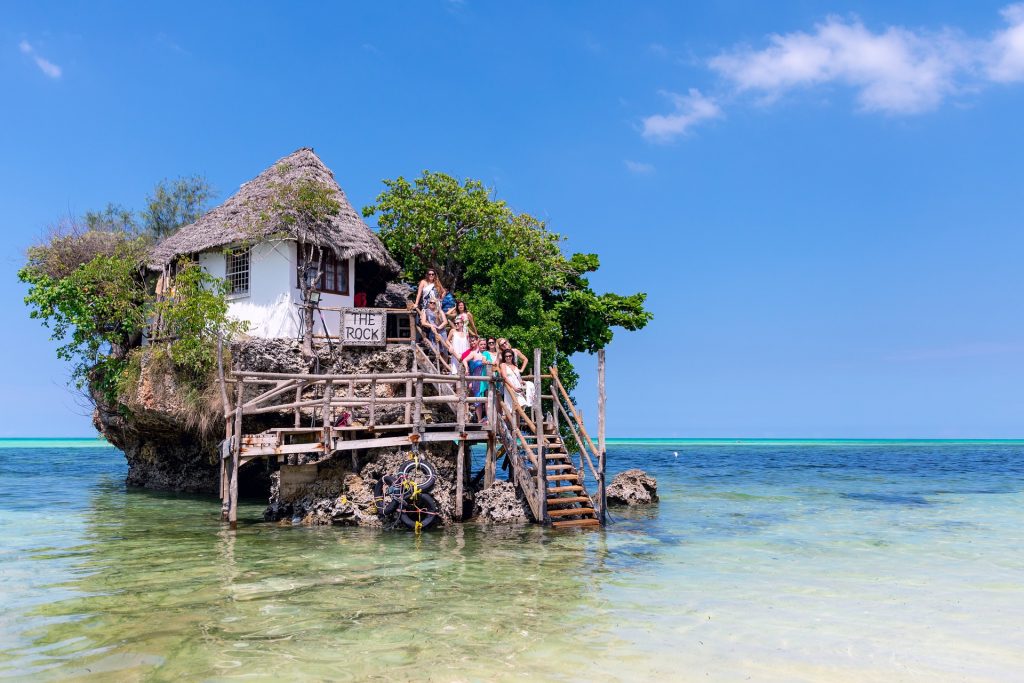 Hotel On the rock in Zanzibar. Photo/Zanzibar Tours

They had no idea it would become one of Zanzibar’s most recognized landmarks.

This restaurant, which was built in 2010 by a group of resort owners in the area, quickly became a household brand. Wi-Fi, garbage disposal, and storage all operate together, despite the fact that how they were designed and how they manage to run so efficiently remain a mystery.

The natural surroundings are preserved and even enhanced. No matter what name you call it, “The Place on the Rock” or “The Restaurant on the Floating Rock” it is one of the most unique dining experiences you’ll ever have.

Where is The Rock Restaurant Located?

The Rock Restaurant is located on Michamvi Beach, on Zanzibar’s south-eastern shore, on the island of Zanzibar.

Several resorts of various types may be found around the area. Paje and Bwenjuu are both within a 20-minute drive away from the area.

If you don’t have the opportunity to stay on the East Coast, it is still a relatively short journey from Stone Town, taking less than 90 minutes.

When is the Best Time to Visit the Rock Restaurant?

Year-round dining is available at the Rock Restaurant. The most appropriate time to visit is determined by your objectives.

The most important thing to remember about the tides on this side of the nation is that they are quite variable. During half of the day (typically the morning), the tides will recede extremely far.

As a result, The Rock bears the appearance of an abandoned fort whose moat is completely dried out. Visiting during this period has the advantage that you can walk directly out to the restaurant, eliminating the need for a water taxi.

As the day progresses, the number of riders begins to increase again because the tides are now nearer.

You should spend at least half a day in the area or ask the locals when the best time to visit would be, depending on the time of year.

If you want to make sure you are there for a specific time (high tide or low tide), spend at least half a day in the area.

The meal at The Rock Restaurant is quite delicious. To be completely honest, it offers the nicest lunch in Zanzibar.

Their menu offers a big selection of fresh seafood, as well as a few vegetarian alternatives and a large number of beverage and wine choices.

You should be aware that this will most likely be the most costly supper you will have on the island, so plan accordingly. But, given that it is Zanzibar’s most well-known tourist destination, it is hard to blame them.

Prepare to spend at least $40 per person on your trip.

What Else Should You Know About The Rock Zanzibar?

You should be ready for these four things at The Rock in Zanzibar. 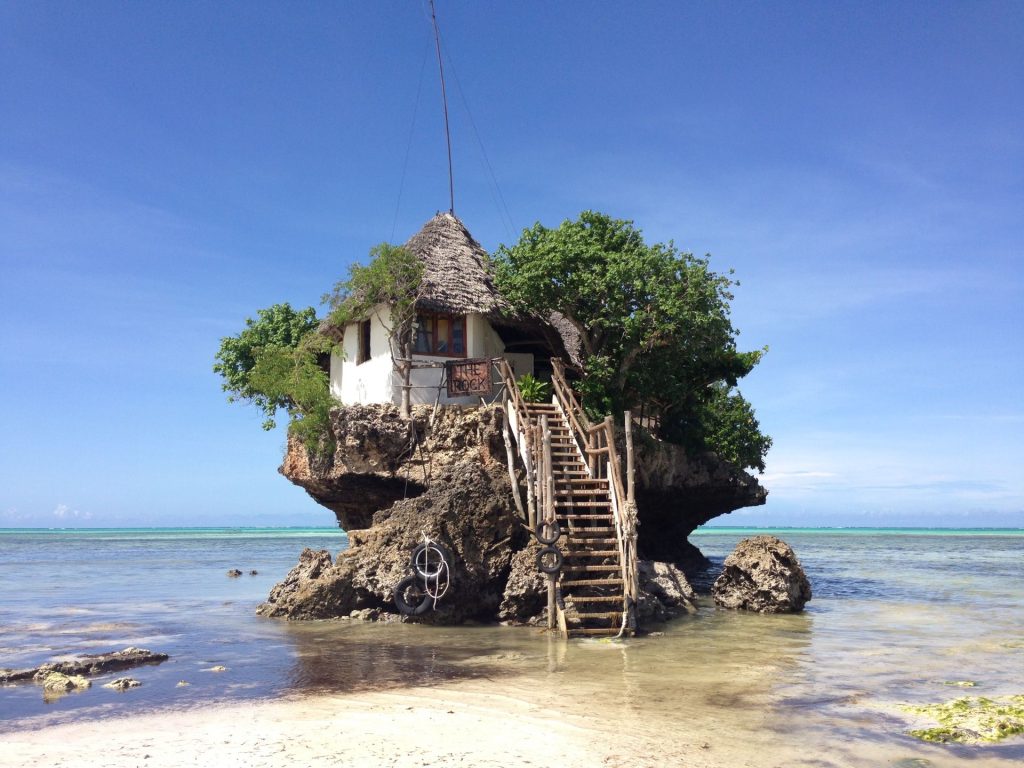 Hotel on the Rock. Photo/Pinterest

There is a chance that you will get a bit wet on your walk to the restaurant’s entrance, considering it is situated in the middle of the ocean.

Assuming that you don’t visit during low tide, you’ll likely get a little splashed.

The Rock Restaurant charges a far higher price per person than any other restaurant in Zanzibar. At least twice as much as what you’d pay at a Zanzibar restaurant in a similar setting in the United States or Western Europe.

Don’t forget to reserve your spot in advance because there are places you won’t get into without a reservation.

Remember that this is one of the most popular tourist sites in Zanzibar. Lots of people are going to be there. The small water taxi ferry passengers back and forth non-stop.